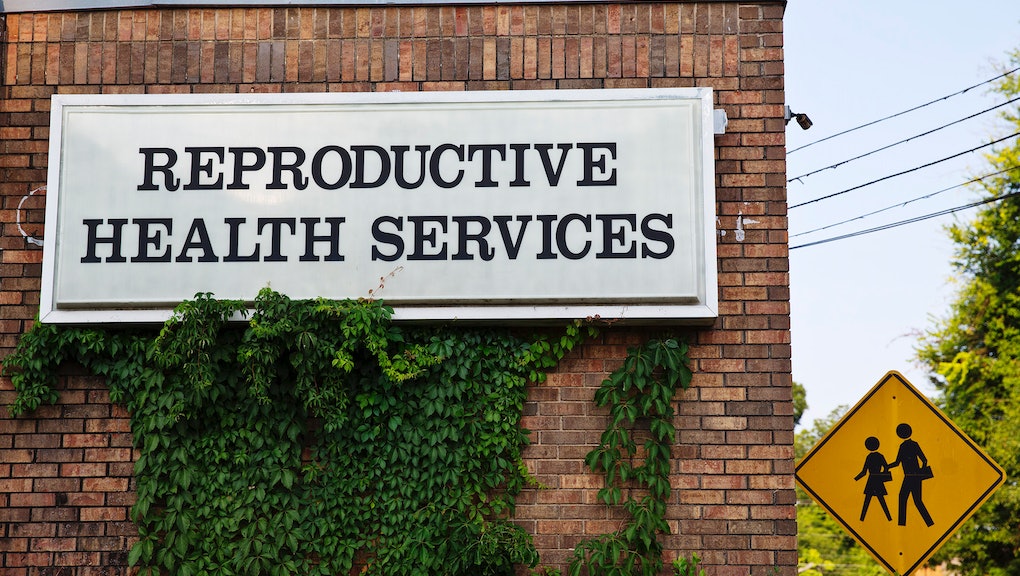 This is pretty much perfect, your Honor.

A law that would have shut down three out of five abortion clinics in the state of Alabama has just been temporarily struck down by a judge using the most immaculate analogy of all reproductive time. U.S. District Judge Myron Thomson ruled that the Alabama legislation, passed in 2013, imposed the unnecessary restriction of having admission privileges to hospitals and therefore posed an "undue burden" on women to get the, let us reiterate, legal, procedure in the state.

Since the proposed law threatens to close down all clinics except for those in Huntsville and Tuscaloosa, the judge suggested that the same law applied to guns would face gross opposition.

"The defenders of this law would be called upon to do a heck of a lot of explaining -- and rightly so in the face of an effect so severe," the judge said. "Similarly, in this case, so long as the Supreme Court continues to recognize a constitutional right to choose to terminate a pregnancy, any regulation that would, in effect, restrict the exercise of that right to only Huntsville and Tuscaloosa should be subject to the same skepticism."

For some, the analogy between guns and abortion doesn't immediately resonate, but in fact in many states, it's still harder to get an abortion than a gun. This is unsurprising given that there has been more anti-choice legislation enacted in the last two years than over the past decade. Indeed, a quick look at successful legislation from the last year suggests that guns have become less controversial than women's control over their own uteruses. In 2013, there were a whopping 91 new abortion restrictions compared to only 64 relating to guns for roughly the same period. In many states, for example Arizona, Missouri and Utah, you have to wait longer to get an abortion than to get a gun, because women's control over their own uterus is deadlier than a lethal weapon, apparently.

As Tara Culp-Tessler points out for Think Progress, drawing similarities between access to abortion and guns isn't as far fetched as some may think. Quoting Thompson, she notes  that "neither right can be fully exercised without the assistance of someone else," and that "the right to abortion cannot be exercised without a medical professional, and the right to keep and bear arms means little if there is no one from whom to acquire the handgun or ammunition." This parallel was apparently instrumental in the judge's decision. In the context of both rights, the Supreme Court recognizes that some regulation of the protected activity is appropriate, but that other regulation may tread too heavily on the right," he concluded.

Moreover, while many anti-choicers appear to be motivated by the misguided argument that restrictions on abortion will actually lower the abortion rate, increased regulation doesn't actually make the procedure rarer or safer, and may even increase the prevalence of illegal abortions. According to a 2011 UN report, legal restrictions aren't only "discriminatory in nature" they also "violate the right to health by restricting access." In the words of the former Senior Policy Advisor at Amnesty International, "restrictions on abortions just don't work in that they don't result in the desired outcome." Given that getting an abortion is safer than receiving a shot of penicillin and that complications from a conoloscopy are five times more likely, laws forcing proximity to a hospital or admission privileges, like the one proposed in Alabama, further women's health risks. That's why the American Congress of Obstetricians and Gynecologists strongly condemns these types of anti-choice legislations, revealing the lie behind politicians and lobbyists daring to argue such laws are designed with "women's health" in mind.

Abortion and gun control have long been ideological goldmines for conservative politicians, meaning that Judge Thompson is certainly not the first person to relate the two issues. There was, for example, the unfortunate bumper sticker idea floated by the always-colorful Rep. Steve Stockman, R-Texas. Stockman, who's past gimmicks have included Obama barf bags, made the assertion in 2013 that it would be nice if we could arm our embryos.

We shouldn't pick and choose the freedoms that our justice system defends. They need all be respected, equally. But when the right to bear lethal arms has become less mandated than women's right to bodily autonomy, it's a sign that our priorities are at the wrong place. And besides, what's the point of a right if you can't exercise it? Abortion isn't like bread rolls at an Italian restaurant, women won't get more if it's available, but it still needs to be on the table.