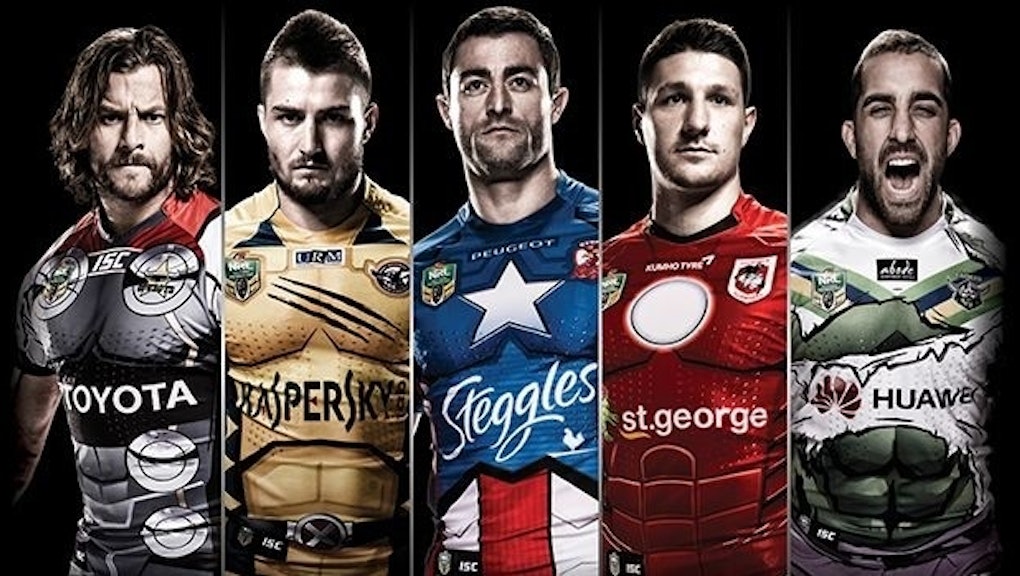 These Might Be the Coolest (and Geekiest) Sports Jerseys Ever

As fans, we like to mythologize athletes we follow as superheroes. The hero's journey, their superhuman strength and their out of this world athletic ability are each handy analogues for our sports people.

So it's no surprise that the rugby teams in NRL clubs struck a deal with Marvel last month to wear superhero-themed jerseys for their games in August. Rugby is a physical sport, and the bone-crunching battles that happen in the field can fit easily into the superhero-versus-villain narrative, the home team fighting for their fans, the road team trying to upset the nature of the universe. Yes, we're probably stretching it a bit, but these jerseys deserve to be played up a little for their amazing design.

The jerseys reflect the colors of Captain America, Iron Man, the Hulk, Thor and Wolverine. The players wearing it become, well, superheroes.