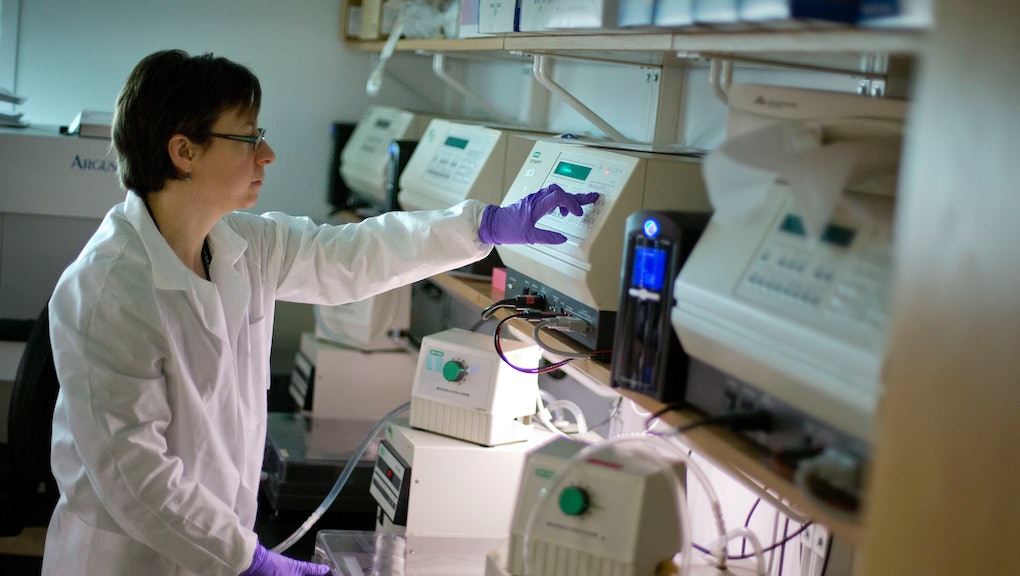 Here's a Running Tally of All the People Who Have Caught Ebola in the U.S.

But you wouldn’t know it by today’s media coverage. Yes, a few people have been flown to Atlanta and New York City hospitals for treatment. And yes, the death toll in Africa is alarming: 932 deaths across Guinea, Nigeria, Liberia, and Sierra Leone.

But no one has actually caught the Ebola virus while in the U.S., and contrary to sensational media headlines, humanity isn’t doomed by the Ebola outbreak in West Africa.

CNN clearly hasn’t gotten the memo, but there’s only one appropriate response for Americans in light of the media firestorm: DON’T freak out over Ebola.

Here’s a chart showing deaths in the U.S. from bacterial and viral infections:

What do you notice? Despite the media freak out, Ebola is nowhere to be found on the list. In fact, health experts agree that an Ebola outbreak in the United States is highly unlikely. By contrast, there are a host of diseases that actually kill Americans in large numbers, and those are the diseases we should actually be discussing.

And yet attention on Ebola has skyrocketed in the past month, far beyond the attention given to these deadlier diseases. The popularity of Ebola as a Google search term blows everything else out of the water.

So why all the interest in Ebola? The symptoms can be gruesome, and the outbreak opens up tempting “what-if” hypotheticals about Ebola in the U.S.

But attention given to Ebola distracts us from the diseases that actually kill Americans. And that’s the real terrible public health tragedy.

Shame on you, media.