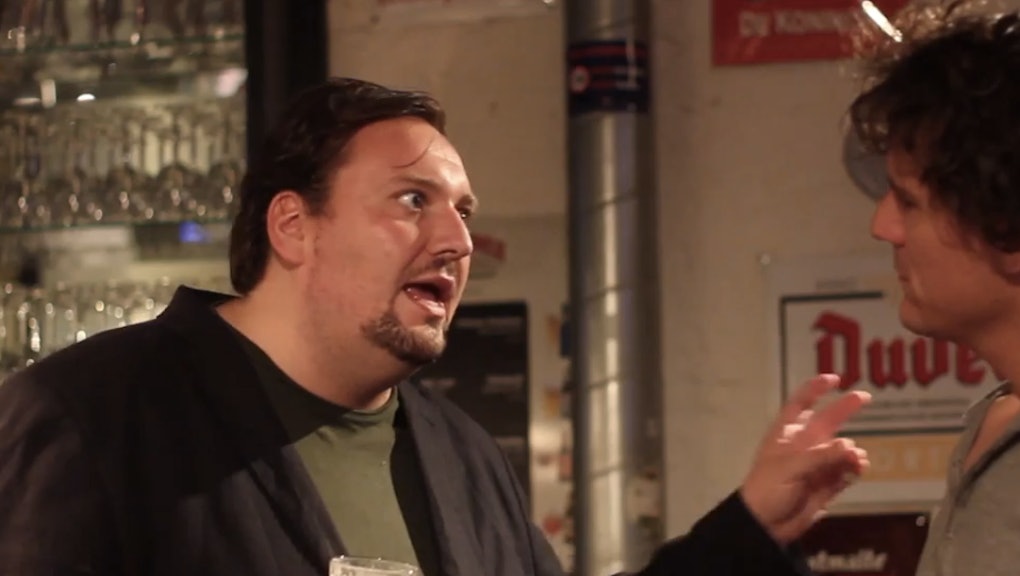 If We Treated Male Comedians the Way We Treat Female Ones, Here's How Absurd It Would Sound

Following up on the success of his hit parody, "If Gay Guys Said the Stuff Straight People Say," Spaulding has turned his attentions to his own industry, flipping the script on the age-old criticism that female comedians just aren't as funny as their male colleagues.

The 90-second parody video employs many of the cliches thrown at female comedians, revealing how stupid they would sound if used against men. He begins with the classic "normally I hate male comedians" and "I'm not sexist ... I just think men aren't funny," going on to comment on how male comedians always talk about men's issues and "men's rights," a sexist tirade meant to belittle female comedians by claiming their comedy is agenda-driven and inherently limited.

Spaulding doesn't shy away from specific examples, either, appearing to reference to Adam Corolla's controversial New York Post interview from 2012 in which he talked about being forced to hire "a certain number of chicks" who are "always the least funny on the writing staff." "If my daughter has a mediocre sense of humor, I'm just gonna tell her, 'Be a staff writer for a sitcom. Because they'll have to hire you, they can't really fire you, and you don't have to produce that much. It'll be awesome,'" he noted.

Of course, Corolla wasn't the first to single out the women in the stand up comedy industry, and he certainly won't be the last. Joseph Gordon-Levitt made the ignorant "pretty girls aren't funny" mistake at a Comic-Con panel last year and comedians Jerry Lewis and Christopher Hitchens have unabashedly said for decades that they don't find women funny.  As recently as last year, when Lewis was asked at Cannes who his favorite female comedians were, his response was "I don't have any."

Talk about having the last word.