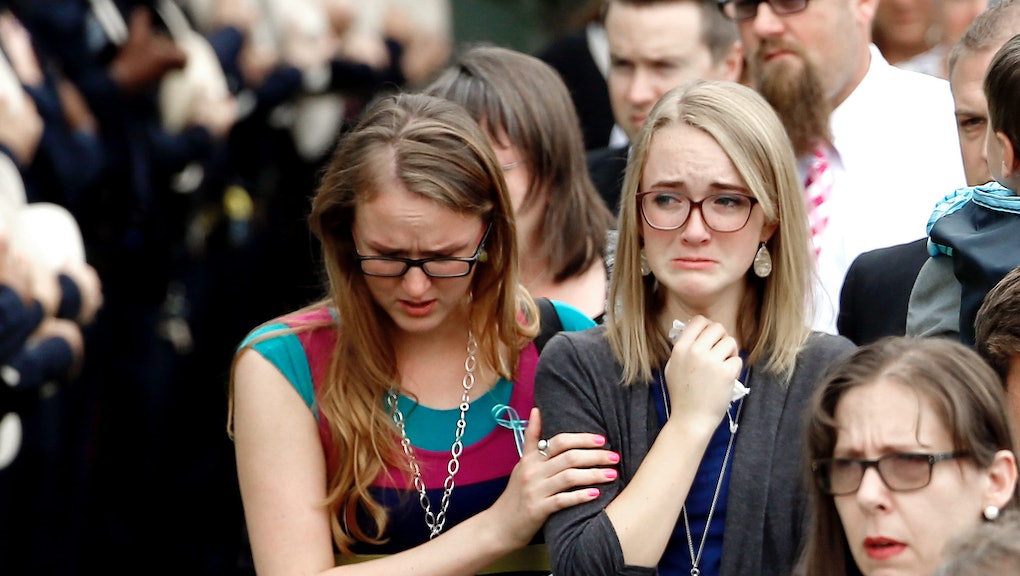 The letter has not been released, but Rowling's spokesperson told the Telegraph, "We can confirm that J.K. Rowling was in touch with Cassidy Stay, however, the contents of the letter remain private."

A Facebook post confirmed on Tuesday that in addition to the personalized letter, Rowling "sent a wand, an acceptance letter to Hogwarts with a school supply list, along with the 3rd book with JK's autograph."

After a harrowing turn of events, Stay may find some much-needed solace in Dumbledore's words.

The background: On July 9, Ronald Haskell shot and killed the Stay family in their home in Spring, Texas. Cassidy's father, mother and four younger siblings were killed in the attack. Cassidy received a bullet to the head, but miraculously survived.

Three days later, Stay spoke at a memorial service and included a Dumbledore quote in her speech. "In The Prisoner of Azkaban, Dumbledore says, 'Happiness can be found even in the darkest times if one only remembers to turn on the light.'"

The quote garnered media attention, and the Facebook group "We want JK Rowling to meet Cassidy Stay" was born. The page has gotten 5,000 likes and potentially is why the Harry Potter author reached out to Stay.

Internet response: In the wake of the tragic event, the Internet has taken an orphaned teenager under their wing. On top of a Facebook campaign to get Rowling to meet the girl, there is also a fundraising campaign to assist Stay with medical bills and future living costs.

Dumbledore's words offered Stay strength in the aftermath of the loss of her family. Luckily, with the help of Rowling and her writing, characters like Dumbledore are not confined to the pages of the novels in which they were born.