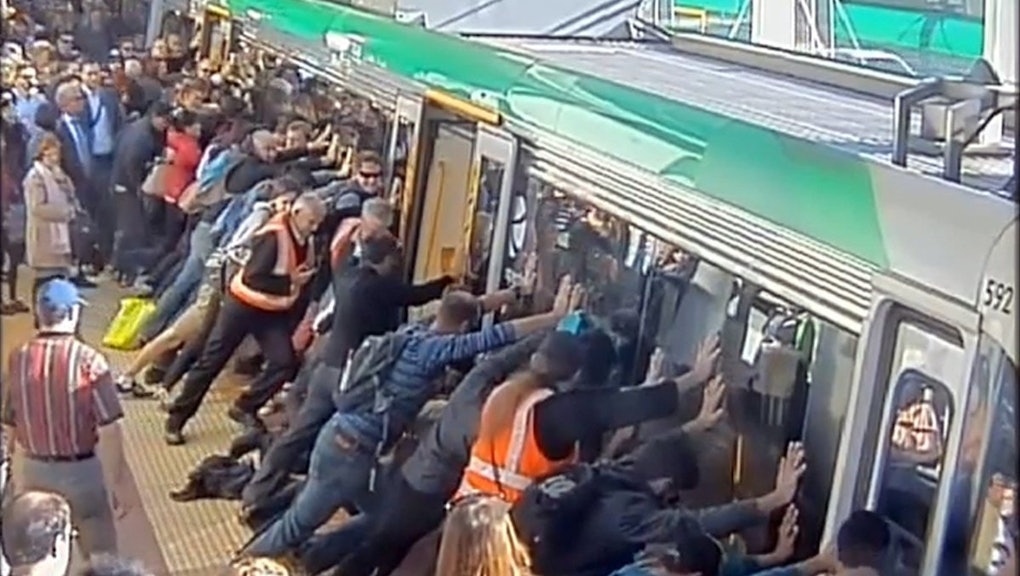 The news: It's going to be hard to imagine a more uplifting moment of humanity coming together than this. During the Wednesday morning rush hour commute in Perth, Western Australia, a crowd of commuters came together to tilt up a train to free a fallen man whose leg was trapped between the platform and the train car.

The man's leg sank into the space between the car and the platform just moments before the train was scheduled to pull away. Luckily, station workers were alerted and spent about 10 minutes trying to dislodge the man.

But it wasn't until the gathered crowd stepped in and stepped up, tilting the massive train car back so the man could free his leg.

According to Transperth spokesman David Hynes:

"We alerted the driver, made sure the train didn't move. Then our staff who were there at the time got the passengers, and there were lots of them, off the train, and organized them to sort of rock, tilt the train backwards away from the platform so they were able to get him out and rescue him. An ambulance was called but the man was not taken to hospital. It is believed he did not sustain serious injuries."

If that's not the clearest sign that humanity can still come together to do good and save another human, I don't know what is.