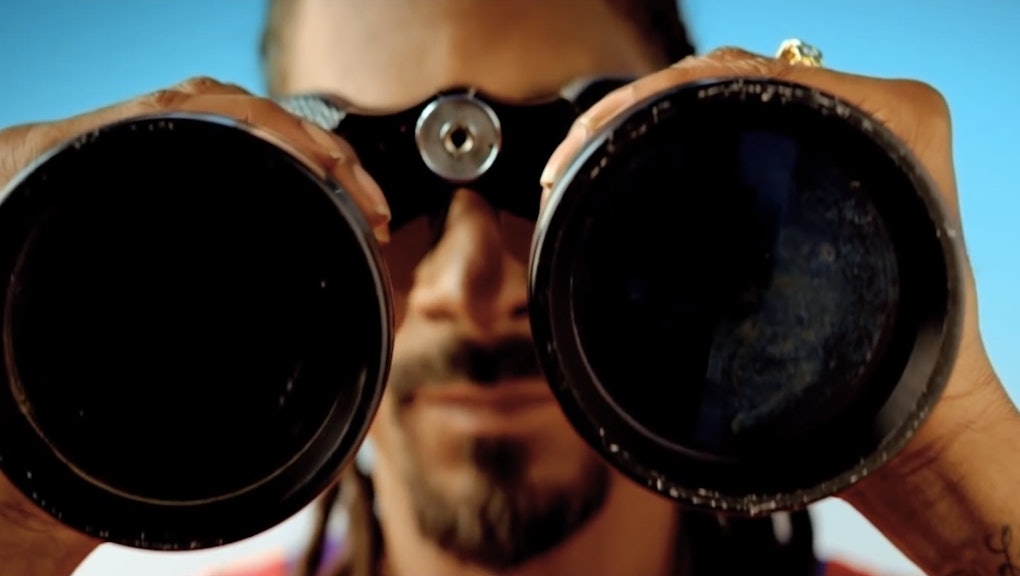 Despite the overwhelming success of R&B singer Jason Derulo's summer hit "Wiggle," he has sworn off singing about butts. In a recent interview with Rolling Stone, the singer proclaimed, "Butts are yesterday. I'm not about butts anymore. I'm on to the next," to which writer Eric Spitznagel asked, "Are you going to move on to another female body part?"

As skeptical or relieved as the public may be about Derulo's denouncement of the derrière, it is this follow-up question from a bona fide music journalist that is most troubling. It sounds more like these two men are discussing a station wagon. But, as it turns out, the butt is connected to something — a woman. Yet there's a long tradition of songs that fundamentally deny that. And this week, between Derulo's proclamation, Nicki Minaj's "Anaconda" and all the excitement that followed, the trend has reached a fever pitch.

The way our popular songs present women has massive implications outside the music industry. According to a 2012 study in the European Journal of Social Psychology, our brains have actually been trained to see men as a whole, and women as a sum of their parts. Using photos of men and women, the scientists found something terrifying: "When presented with images of men, perceivers tended to rely more on "global" cognitive processing, the mental method in which a person is perceived as a whole. Meanwhile, images of women were more often the subject of "local" cognitive processing, [which] underlies the way we think about objects: houses, cars and so on." Both men and women, therefore, think of women has less of a whole, which makes women seem weaker and of less value than men.

But what's most surprising about this is that anyone was surprised — pop culture has encouraged us to think this way for decades.

Of course, Derulo cannot get all the credit for this brand of music, and he likely won't have as much success when he moves onto the female elbow (to date, "Wiggle" has brought in more than 173 million views, earning Derulo a peak position of fifth most popular song in the country). Butts, in particular, have been the focus of many hits — from Big Sean's "Dance (Ass)" to Major Lazer's "Bubble Butt," to The Black Eyed Peas' "My Humps." Ask any 20- or 30-something to finish the sentence, "I like big butts …" and you'll hear Sir Mix-a-Lot's entire dance hall favorite, word for word. Some of the catchiest pop songs of the last couple decades have been about women's behinds.

Many people would argue that these songs pay a loving tribute to a woman's behind — that they're lighthearted. But every time a woman is atomized into parts, listeners really are encouraged to ignore the whole of her. Important things, like her agency and personhood, are left in the dark.

That's supposedly what Nicki Minaj was trying to combat with her reclaimed "booty anthem" this week. But while the song is being celebrated, it's really only one more step towards effacing women as whole people.

Minaj's lyrics definitely get her point across — "This one is for my bitches with a fat ass in the f***ing club / F*** the skinny bitches!" — but maybe never as effectively as her head-turning album cover (and an upcoming, sure-to-be-ass-heavy video) in which Minaj squats with her back to the camera, wearing only a small thong. "Anaconda" and its artwork are regarded by some as an act of female empowerment. But it only takes a quick look at the conversation about the song and cover to find the problem: We talk about Minaj's ass as if it were its own artist.

In an article for Flavorwire, Jillian Mapes closed with the argument that, "The shot of self-love is somewhat universally empowering. The male gaze still factors in, but there's something to love about women saluting their asses, big or otherwise, on their own terms."

That's true, but how often does a single cover leak before its song does? This may be fighting back, but it's on a broken system's terms. That we celebrate this as a truly positive step (as opposed to a lesser negative) is only a sign of how deep down the Derulo rabbit hole we've gone. It's time we started thinking about women as more than a sum of parts. Better pop music is a good place to start.