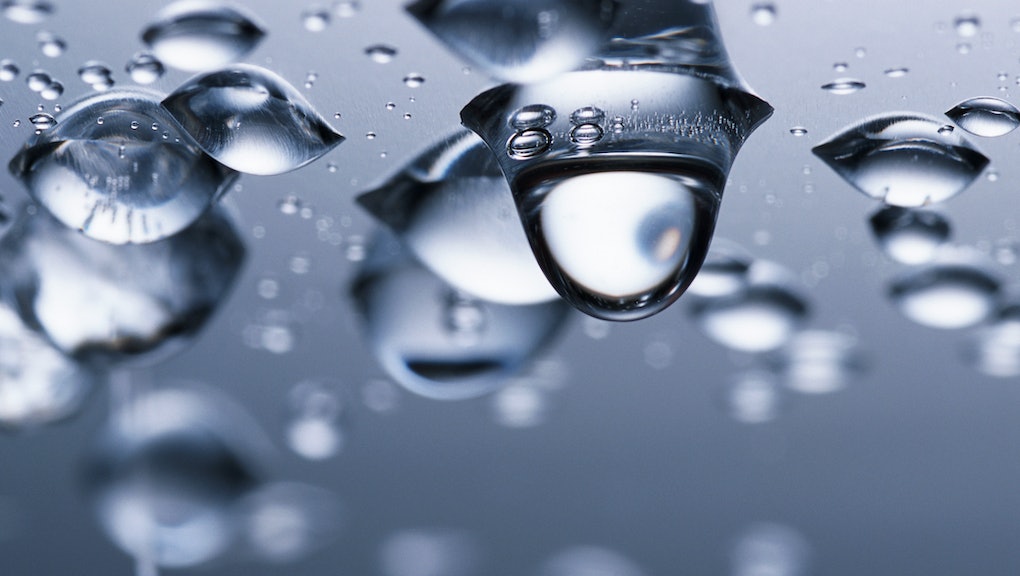 Scientists Have Figured Out How to Make Water Do the Impossible

The news: Never thought you'd see a stream running uphill? You may have just gotten your chance, thanks to the work of a team of MIT scientists whose new material can push water against the force of gravity.

Here's how it works: The new, flexible substance is coated with thousands of tiny magnetic hairs. When the hairs are brought within a few inches of a magnetic field, they tilt toward the field, orienting themselves according to its charge. If the field is arranged just right, the hairs can tilt to form a path for the flow of liquid, even directing it upward.

The sci-fi discovery has practical uses, too: The magnetic bristles' power isn't limited to liquids. Because these little guys can command water's flow, they can also unite to usher light in specific directions. Together, the tiny hairs could act just like microscopic window blinds, filtering out sunlight or radiation, MIT Department of Mechanical Engineering graduate student Yangying Zhu, who worked on the project, said in a press release.

Talk about a smart car. Windshields covered with the new material could keep out rain and shade drivers' eyes from glare. Or, the substance could make for a line of futuristic, weather-resistant clothing: Since the material is flexible, it could be woven into fabric to make shirts and pants that stay dry in a downpour.

This is an exciting time for materials science: In March 2014, a team of engineers at the University of Massachusetts mimicked the tiny hairs on the feet of geckos to make a new super-grip adhesive that could one day turn Spiderman's fictitious wall-climbing feats into the stuff of reality. Last year, researchers at Queen's University in Ontario made a tablet computer that is not only paper-thin, but flexible too.

At some point in the not-too-distant future, we could be living in homes with automatically tinting windows, using iPads that we can roll up and stuff in our back pocket and taking a phone call while relaxing on the ceiling.