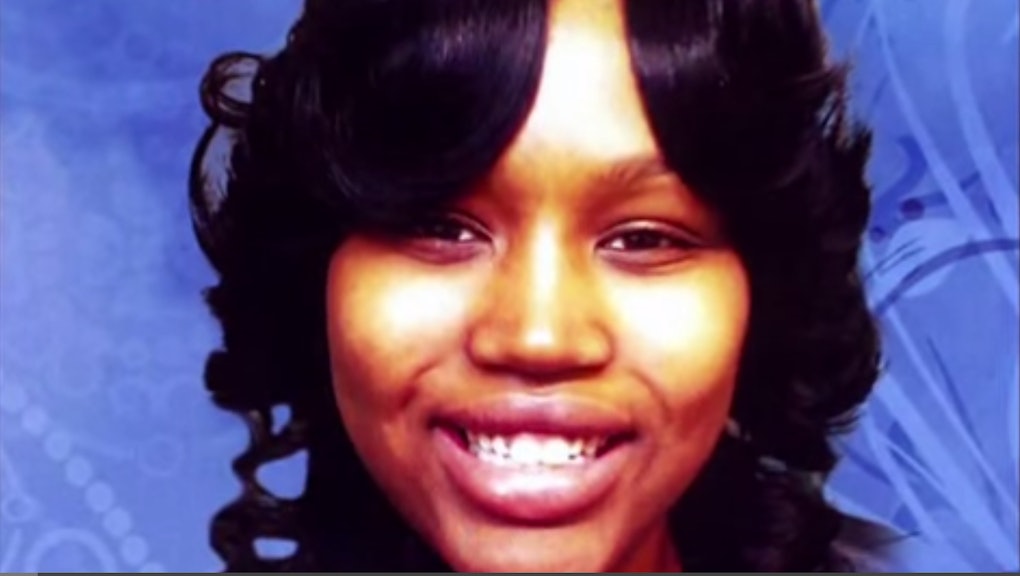 In a case that highlights yet again the often deadly combination of racial profiling and gun ownership, Renisha McBride's murderer was convicted Thursday on charges of second-degree murder.

Although McBride's tragic story is one of precious few examples in which black victims of racial profiling receive the media attention and jury verdicts they deserved, such was not the case in the immediate aftermath of the McBride verdict. In fact, the Associated Press, one of the most respected wire sources worldwide, sent out a particularly galling tweet Thursday, reducing the situation to a "Detroit homeowner" who "fatally shot a drunk woman" on his porch.

For those unfamiliar with the case, Renisha McBride was a 19-year-old African-American woman who, drunk and unarmed after crashing her car, sought help from people living nearby. When she arrived on 55-year-old Theodore Wafer's front porch, the white Detroit resident shot her with a shotgun aimed through his screen door, later stating that she appeared threatening and made him fear for his life.

None of that was apparent from the AP tweet, which dehumanized the victim, invoking a long history of ignorance and victim-blaming endured by the African-American community.

The tweet has since been deleted, but not before it was saved in by savvy spotters across the Internet.

Some might argue that the tweets in question are factually accurate and therefore shouldn't be held under such scrutiny. But for many, their frustration stems from the details highlighted as the quick-hit, most important things readers need to know about the case's verdict.

Many treat this story as a referendum on racial profiling in the justice system, especially given its parallels with the 2012 Trayvon Martin murder, for which white Hispanic defendant George Zimmerman was found not guilty. Similar to the Martin case, McBride's death received little media coverage until activists like Detroit writer Dream Hampton used social media to kick up the story to the mainstream.

Yes, Wafer is a homeowner. Yes, McBride was inebriated when she appeared on his porch. But she was also a normal young woman who needed help in a time of distress, seeking refuge in a quiet suburban neighborhood.

Wafer saw Renisha McBride as a scary, violent person, and it's almost impossible to argue that race didn't not factor into this. The Associated Press tweets, meanwhile, reflect a victim-blaming mentality that is also difficult to view outside the context of race.

McBride's parents, responding to the verdict, said they wouldn't be grieving their lost daughter if Wafer had just called 911 when McBride banged on his door.

"Me and Walter know who she was," Monica McBride told reporters. "She was not violent. She was a regular teenager... Her life mattered." But she didn't matter enough for Wafer, whom the victim's father said is a "cold-blooded killer," based on what he learned during the trial. Unfortunately, his perception may dovetail a broader reality.

Research from the U.S. Department of Education shows that the justice system — and the American public — regards juvenile crimes or otherwise typical human behavior, healthy or not, differently from a black person versus a white person. Whereas a white person is often afforded a certain empathy after committing a terrible mistake, black Americans are more likely to be subject to jail and increased brutality.

The backlash was swift. The hashtag #APHeadlines also trended on Twitter as social media users voiced their displeasure. Here's hoping the AP, and media outlets following their unfortunate lead in this situation, learn a major lesson from covering the Renisha McBride verdict: It's not the victim's fault.