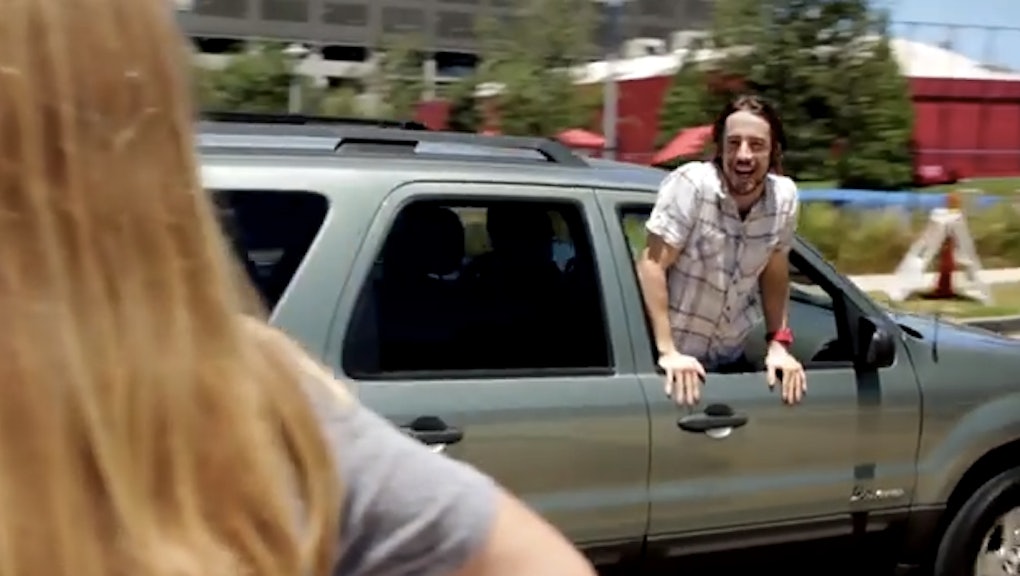 "Hey baby, nice legs. Why you walking so fast?"

When a someone is catcalled, the effect is often that the victim feels ashamed, belittled or dominated. Being on the receiving end of intimate remarks about one's body made by a total stranger is never a fun experience, and it certainly isn't complimentary. But what about the people on the other side of the harassment? The men who behave this way may be lacking in self-confidence themselves. Many may feel pressured to catcall, believing it will boost their status in front of others. While the idea that men might be able to obtain social mobility through the subjugation of women is depressing in and of itself, the fact that street harassment may be coming from a place of insecurity rather than superiority is important to recognize.

The following video produced by Buzzfeed busts a long-standing myth: The men who harass women aren't doing this out of strength, but rather out of weakness. Watch as these male aggressors use a confident tone to make pitiful comments about their own self-esteem. Ultimately, the short video reveals that street harassment says a whole lot more about men than it does about women.

While humorous, the video makes several important points. Masculinity is performative, and requires consistent affirmation. Research has shown that male entitlement is linked with increased sexual harassment as well: A man reaffirms his masculinity, and as such receives a social reward, when he participates in street harassment, and that's why it's a problem that's consistent across societies. As gender theorist Elizabeth Kissling succintly put it, "Street harassment is not a product of a sexually terroristic culture, but an active factor in creating such a culture."

According to anti-harassment nonprofit Hollaback, the vast majority of women around the world have have experienced some form of sexual harassment. The good news is that women can do something about it. Although data shows that victims experience a drop in their well-being as a result of harassment, researchers Laurie Rudman and Kimberly Fairchild have found that women who respond to their aggressors with an "active coping strategy" like confrontation are less impacted.

So how do women build up the confidence to assertively respond to their harasser? More importantly, what happens when it isn't safe for them to do so? The solution may lay in the power of the mind. By imagining what they are really are saying when they are harassing women, victims may be able to reclaim some part of the experience.