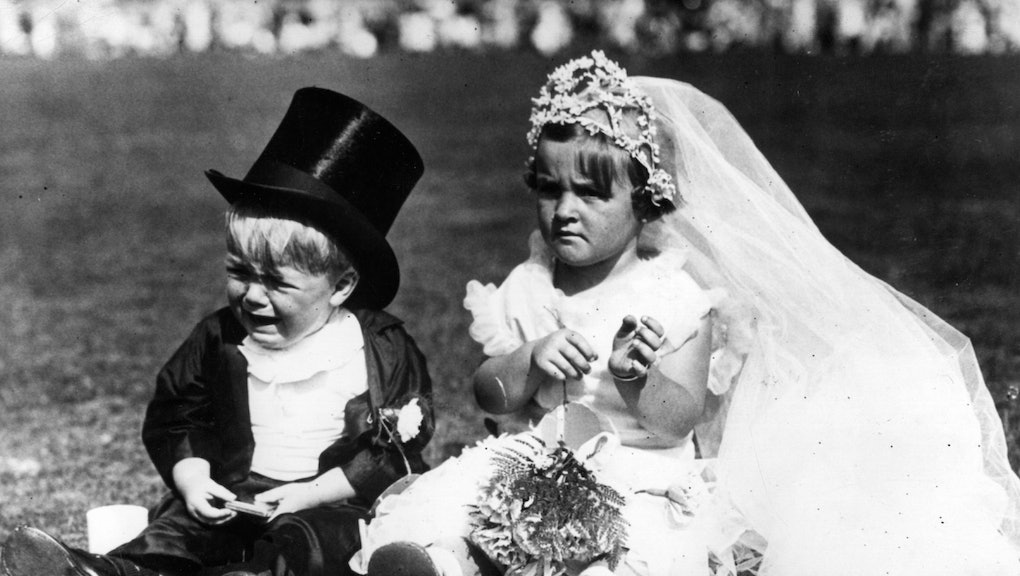 In a recent segment on CBS This Morning, Emmy-nominated OITNB star Laverne Cox calmly but firmly corrected Gayle King when the host said Cox was born a boy. "I was assigned male at birth is the way I like to put it, because I think we're born who we are and the gender thing is something someone imposes on you," Cox told the King. "And so I was assigned male at birth but I always felt like I was a girl."

The idea that gender is "imposed" on a person might be confusing to some people, particularly those who have always felt at home in their bodies. But a study conducted by the University of Warwick's Centre for the Study of Women and Gender proves Cox's point, concluding that children "with fixed ideas about what should be considered 'masculine' and 'feminine,' can actually be detrimental to their physical and mental health," according to ThinkProgress writer Tara Culp-Ressler.

The research, published recently as part of Dr. Maria do Mar Pereira's book, Doing Gender in the Playground: The Negotiation of Gender and Sexuality in Schools, highlights the ways in which gender is a cultural construct.

But Dr. Pereira also provides insight into why transgender and gender non-conforming children cling to opposite gender codes when grappling with these fixed, imposed gender norms. For example, children assigned as boys as birth may resist getting their haircut or cry to wear dresses, and so on. "Trying to live up to these unreal ideas of masculinity and femininity leads to a range of problems; low self-esteem, bullying, physical and verbal violence, health problems and a tragic loss of potential in our young people," Dr. Pereira noted in a university press release. "Therefore, we must promote ideas about gender which are less rigid, and recognise there are many ways of being a man and a woman."

This research is particularly timely, given the recent uptick in the number and openess of transgender and gender non-conforming children and their families. The rigid, binary gender structures in modern culture are increasingly challenged by children. For example, Ryland Whittington was assigned the female gender at birth, but began to feel shameful for having to look and act like a girl. Ryland's parents, Jeff and Hillary, decided to allow their child to live life as the boy he was born to be. The Whittington's decision is indicative of their loving and progressive parenting, but Ryland's obvious discomfort — both psychological and physical — is yet more proof of the veracity of the University of Warwick's groundbreaking findings.