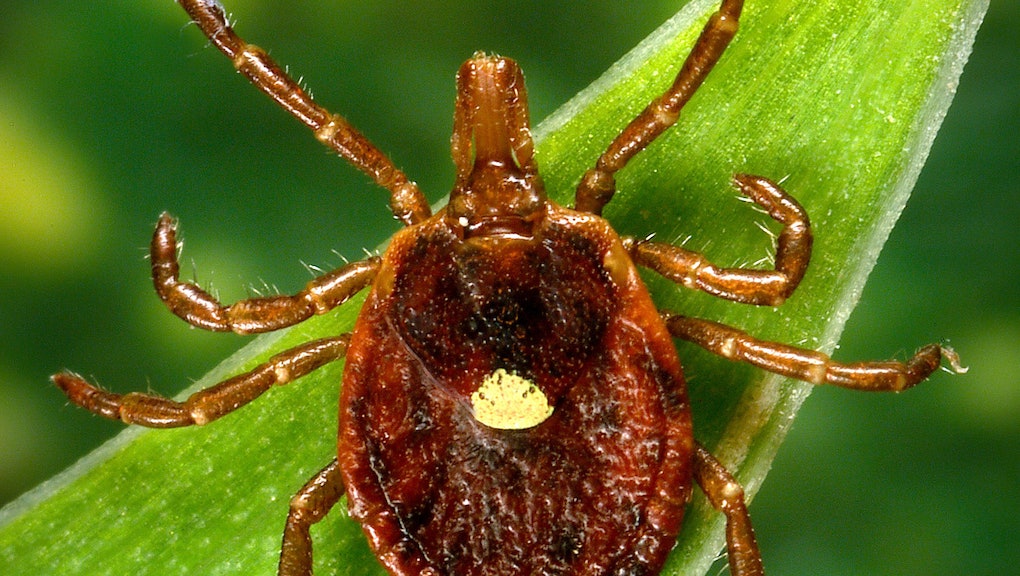 Freaky New York Insect Does Something Incredible to People It Bites

Makes them allergic to red meat.

The news: It's official. The worst place to get bit by a tick is Long Island, N.Y., where a new infestation of the Lone Star tick has forced many bite victims to develop an allergy to red meat.

The ticks carry a substance in their saliva that causes those they bite to become seriously allergic to the meat of other mammals.

The infestation, which is spreading throughout western Suffolk county, is serious enough that at least 200 people saw one allergist in the past three years, while other doctors report seeing two-three cases a week. Across the southeastern region in general, Lone Star ticks are to blame for thousands of cases of severe red meat allergies.

The science: The ticks carry a sugar known as alpha-gal, which is not naturally present in the human bloodstream, but is found in many red meat products (mammals like cows and pigs) as well as cat dander. Normally when alpha-gal is ingested during a good old-fashioned barbecue or the like, the body digests it normally.

However, when a tick that carries alpha-gal bites a victim, it introduces the substance directly into the blood stream, where it is interpreted as a foreign agent and possible threat by the immune system. The body creates antibodies to respond to the threat, which then become activated the next time the person ingests alpha-gal. The ensuing allergic reaction varies from mild to severe and can include symptoms like swelling, itching, inability to breathe and the sensation of being "on fire."

But the fun doesn't end there. The same bite could potentially expose a person to diseases like Rocky Mountain spotted fever, Southern-Tick Associated Rash Illness and ehrlichiosis. Lone Star ticks do not cause Lyme disease.

Is it permanent? Doctors aren't sure, but the number of antibodies bite victims develop has shown to decrease over time. Observable case histories suggest it lasts for a very long time.

So wear long socks, full-length pants and something with sleeves. Put on some bug spray when you go hiking this summer. If not, there's a tiny chance you could become an unintentional vegetarian.