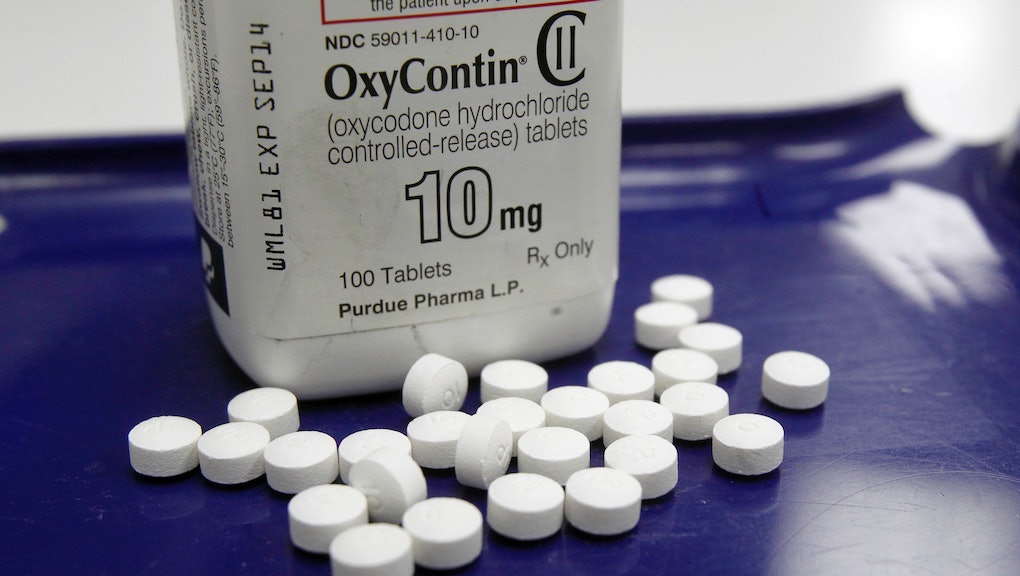 Prescription painkillers are killing 46 people every single day, a rate that's up 400% percent since 1999.

The maps below, created by detox.net, show the devastating effect brought about by this increase. Not only do these legal drugs lead to widespread addiction and overdose, many who become addicted and then run out of a prescription turn to heroin as a result, leading to even more deaths.

The government's screwed up priorities. While our federal government dithers with marijuana legalization, doctors are legally prescribing their trusting patients legal opiates in rapidly increasing numbers. Rather than trying to curb this epidemic, the FDA decided in 2013 to approve Zohydro, an opioid drug that's like Oxycontin, only 10 times stronger.

"We think the benefits of the drug outweigh its risks," Dr. Douglas Throckmorton of the FDA told Consumer Reports. This is the same organization that has repeatedly rejected calls to reclassify marijuana as a less dangerous drug despite the fact that it has been found to treat pain and that there have been no reported deaths from cannabis overdose.

So who is accountable for the addiction that is ravaging our entire country, getting those in pain addicted and leading many to who run out of a prescription to seek illegal heroin as a replacement? Perhaps the pharmaceutical industry that is fighting to keep marijuana illegal so it can continue doling out its deadly pain drugs, while continuing to erroneously defend them using their FDA approval as a shield.

This is despite the proven link between prescription opiate addiction and heroin addiction. It's clear that the ominous trend of rising opiate painkiller prescription is directly killing Americans and fueling illegal heroin addiction. How can the same government agency that has been so slow to approve medical use of a plant be so quick to approve what is essentially legal heroin?

Whatever their reasoning, it's costing lives every day and no one is being held accountable. It's about time we demand an explanation from the powers that shape our drug policy. If the federal government is so concerned about the potential threat that marijuana could pose to the general public, they should probably take a serious look at the proven clear and present danger of legal prescription painkillers.

Otherwise, these maps will keep getting darker.