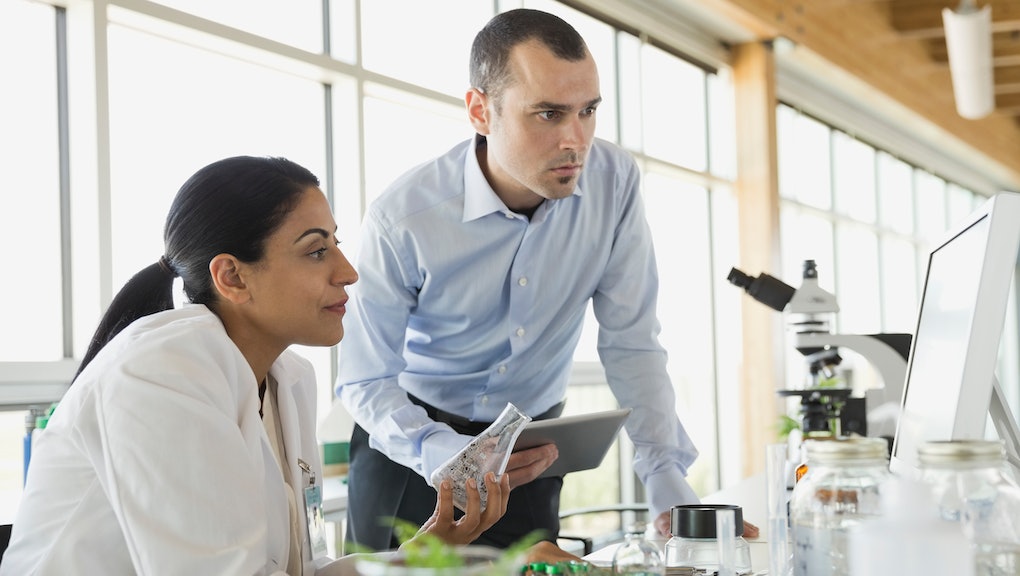 They leave their jobs shortly after: Leaning in isn't enough for women, at least not when it comes to sticking around in science, tech, engineering and math jobs. Of all the STEM fields, new research suggests that engineering is one of the worst offenders for gender equity. Having one of the least female-friendly job environments comes with this distinction: Close to 40% of women who earn degrees in the field leave their jobs prematurely or never apply for jobs in the area in the first place.

Nadya A. Fouad, a psychologist at the University of Wisconsin-Milwaukee, dug into the research by focusing on the thousands of women who have earned engineering degrees since the 1990s. What she found is nothing short of alarming: Of all of the women who've earned degrees in the field, almost 40% of them have either left their jobs within a few years or never applied for a single engineering-related position.

It gets worse, however: Of those who left their engineering jobs, most say they were pushed out by poor workplace environments or mistreatment by managers and co-workers. About a third said they decided to stay home with children when they realized their companies wouldn't assist with work-life issues. This means that an entire crop of talented technical minds are leaving the economy due to gender inequities at work.

This is a huge problem: Women account for more than 20% of engineering degree recipients since the 1990s. Yet only 11% of practicing engineers are female.

"These findings are likely to apply to women working in fields where there are less than 30% women. These women are more vulnerable to being pushed out because they typically aren't in the internal 'good old boys' network," Fouad said in a press release.

It's even worse for rookie female engineers (and scientists and mathematicians, too). According to a recent study from the Center for Talent Innovation, women working across all of the STEM fields were 45% more likely to quit within their first year on the job than their male co-workers.

It's not just science and engineering that suffer: Despite making up half of the economy, losing fewer jobs during the recession and making quicker employment gains after the economy began to recover, American women remain clustered in the lowest-paying sectors of the workforce. Many of the country's best paid jobs have nearly no female representation, including architecture, aircraft piloting, computer programming and law-enforcement management.

As the new research suggests, this isn't a problem that can be solved by the actions or gestures of a few individuals. "Leaning in" might help a few women make the jump into a male-dominated executive world, but it remains far from a sustainable fix. A historic lack of women in the STEM fields has made us not only more likely to favor men for these positions but also to see women as inherently less qualified than their male peers.

Yet there are actions we can start doing, from supporting groups geared to recruit women (especially women of color, who are even more underrepresented in these fields) for STEM careers, such as Black Girls Code, to advocating for toys that accurately represent the global population of women who could one day become scientists.

With a sustained push, our generation could see these fields become places where women can not only survive but thrive. Here's to a new generation of women dreamers, builders and creators.