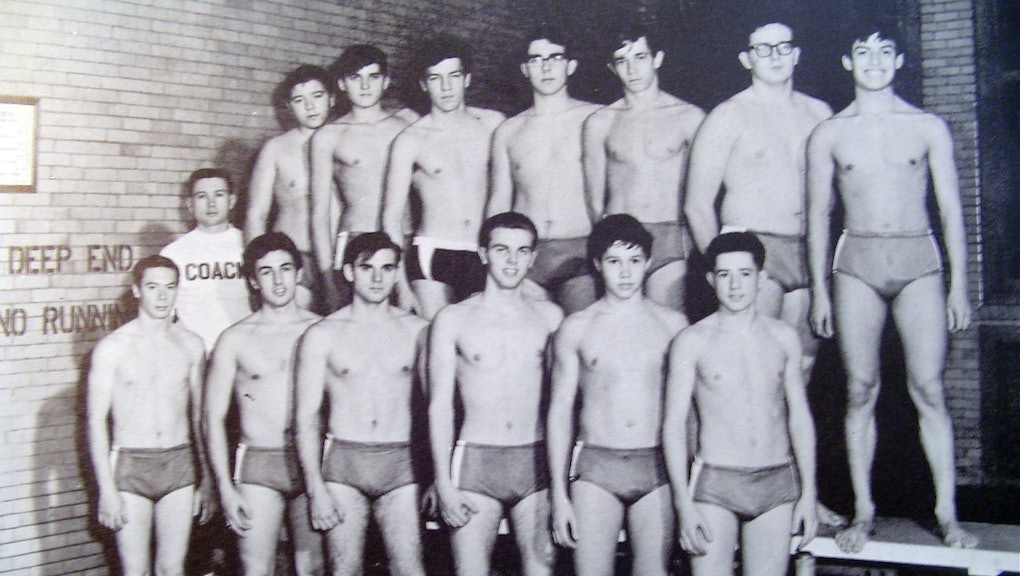 "It's not the size of the boat, it's about the motion in the ocean." In other words, it really shouldn't matter whether or not a person's penis is large. Right?

The snappy scholars at AsapSCIENCE asked that very question recently, and in the process may have reshaped an age-old conversation. The team has uncovered a bevy of historic and scientific reasons for society's obsession with a large pecker. Ultimately, the researchers found there's good news for endowments of all sizes: Different penises have different benefits and even different attitudes associated with them.

Drawing from research in fields like evolutionary psychology, behavioral sciences and human biology, the affable nerds led by Canadian biologists Mitchell Moffit and Gregory Brown use drawings and diagrams to illustrate why "sexual selection" has historically led to big penises being granted some privileges. But that doesn't mean they're the Holy Grail of fertility, sexuality and masculinity.

While bigger penises can penetrate deeper and have a better shot at successfully impregnating, that doesn't mean they're more likely to reach the vaginal G-spot, which is located only one-third of the way inside. This may explain the results of a 2013 study which suggested that although some women might find larger penises attractive, especially if the potential mate is also taller, lean and muscular, "that interest starts to taper off when a penis measures larger than 7.6 centimeters in its flaccid state."

Bottom line: Surveys suggest women are "not nearly as concerned with size as much as men think, and preferences vary." Unfortunately, this doesn't stop some men from feeling as though they need a large penis, or even larger muscles to overcompensate for a smaller schlong, to feel masculine, empowered and in charge, in and out of the bedroom. Even worse, it doesn't stop society from reinforcing that message, as the obsession over male celebrities' visible penis lines, such as Jon Hamm's and Idris Elba's, turns into viral tabloid fodder because everyone wants to know if it's really that big.

With Elba's crotch shots, the images made it seem as though he was sporting a particularly large hard-on while walking on what appears to be a movie set. The speculation became so intense, the Mandela star recently took to Twitter, settling the score without telling anyone what he's really packing.

But that ego boost may come with a side of discrimination. Sounding off at the Daily Beast, writer and correspondent Keli Goff called out the sexist double standard for how mainstream conversations about penis size often play out.

"Just think for a moment how Jezebel, or frankly any reputable outlet, would have reacted if there were photos circulating accompanied by headlines speculating on the size of Cate Blanchett's or Lupita Nyong'o's nipples," Goff wrote. "Would we be laughing about it and expect her to address the matter in a light-hearted tweet? Or would we be outraged that a talented actress was being sexually objectified in such an extreme way? ... And Idris Elba, who recently earned raves for his portrayal of Nelson Mandela, deserves better than this."

Perhaps instead of focusing on the size of the boat, or even the motion of the ocean, the real focus should be on how personal attitudes about penises and how they are sexualized can turn male bodies into sideshows and gawk-fests. In addition, the conversation takes a sad, essentialist and cissexist turn, with many assuming that only men can have penises, erasing people who are trans, gender-variant or nonconforming. Interestingly, the phenomenon of "bigger isn't always better" doesn't translate the same way for homosexual men, who regard larger penises as ideal, based on various surveys.

In the long run, it's important to celebrate all endowments, bigger and smaller. And a moment of conscientiousness may open not only minds but also libidos to an infinite array of possibilities, all while affirming and honoring another person's bodily autonomy and presentation.