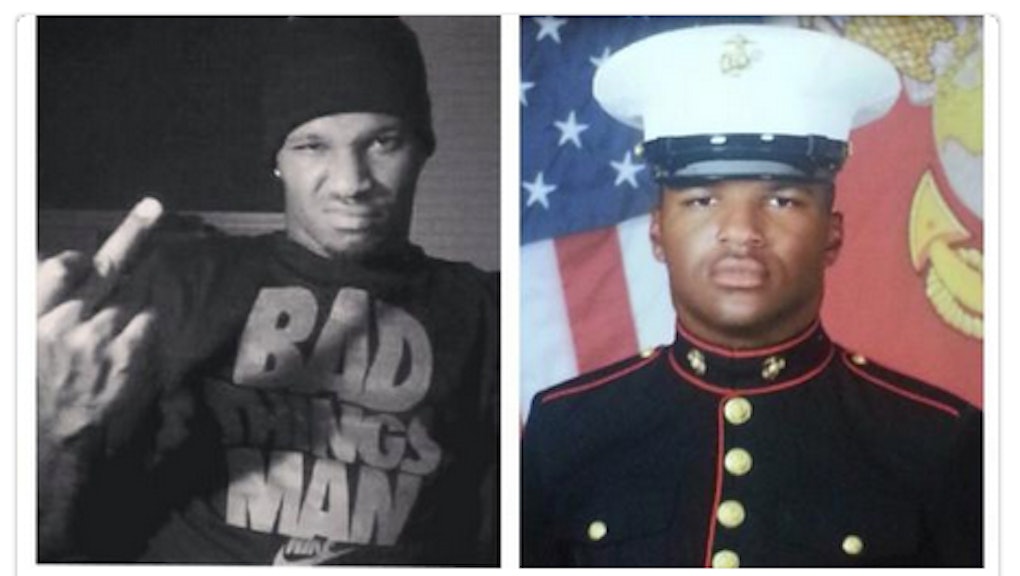 The news: Conflicting accounts of Michael Brown's murder have plagued his death from the beginning.

Witnesses claim one thing: His hands were raised in surrender when a Ferguson police officer gunned him down on Saturday. Yet officials paint him as a violent troublemaker who lunged into a police car and assaulted the officer before fleeing.

Brown's mother, Lesley McSpadden, says the 18-year-old had just "graduated high school and ... didn't bother nobody," according to CNN.

All this is heartbreaking. But one thing is certain: It helps the killer's case to portray Mike Brown as a villain.

Fortunately, Twitter is having none of it. The Root reports that users have recognized the tactics of the powerful, namely how the media tends to pick the most incriminating or easily misinterpreted victim photos possible when portraying murdered black boys and men.

We saw it with Trayvon Martin. We see it again with Mike Brown.

Using the hashtag #IfTheyGunnedMeDown, people are flooding social media with photos mostly likely to fit the "black male as thug" narrative — ones the media would presumably use in case of their demise.

The results are remarkable: