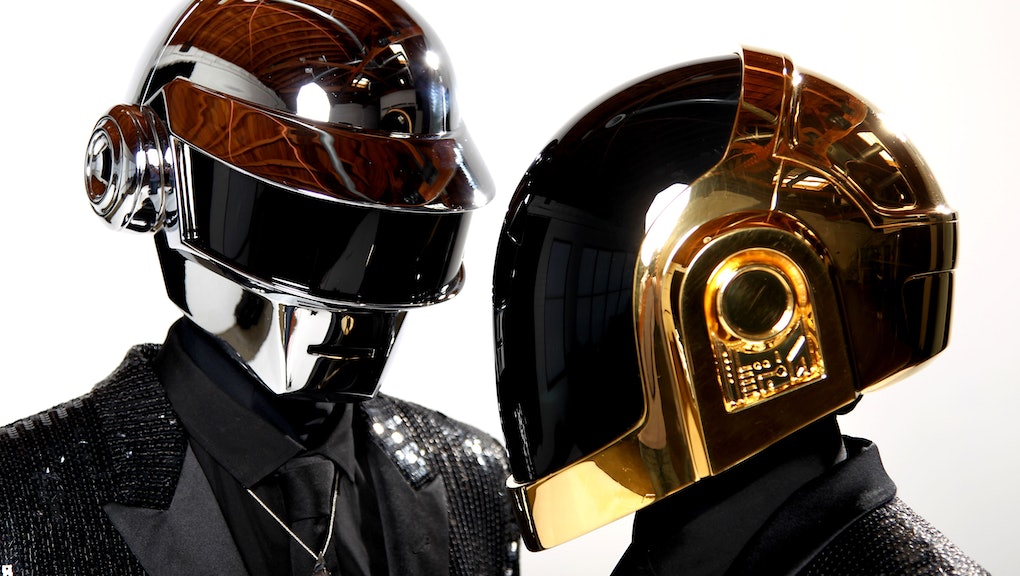 The news: Robots may one day rule over a ruinous Earth littered with the broken bodies of humanity's last defenders a la Terminator, but scientists say there's one thing they'll have to try a lot harder to beat us at: making music.

Music-generating computers can hold a beat better than the best human musicians, but studies into the mathematics of musical composition have demonstrated that tiny imperfections and deviations in rhythm may be key to their beauty. A truly haunting performance may be so meaningful specifically because human error makes it, well, more human.

The research: Harvard University physicist Holger Hennig has been writing on the mathematics of musical composition for years. In a 2012 study, Hennig analyzed statistical patterns behind the rhythmic deviations present when a human musician performs and found that they often follow long-range patterns. Those deviations from the mathematically perfect beat were actually timed in accordance with one another in sequences reaching seconds to minutes in length. Hennig explained to the Harvard Gazette:

"You can have these trends ... For example, the drummer plays ahead of the beat for 30 consecutive beats, while half a minute earlier, he tended to play slightly behind the metronome clicks. These trends are pleasant to the ear."

In other words, that small degree of human error is essential to creating an arresting composition.

In a more recent study released this week, Hennig applied the same statistical methods to pairs of musicians who were instructed to perform a duet in a recording studio. He discovered that the duos reacted and compensated for rhythmic deviations in the other's performance; when one played slightly faster, their partner would keep up, and vice versa. The two players thus struggle to remain in sync with each other, making every performance unique.

To get a sense of this, try to imagine every member of an orchestra playing a heart-wrenching piece like Dmitri Shostakovich's "Largo" from Symphony No. 5 — written at the height of the Stalinist purges — all shaping their individual and conflicting efforts towards a singular harmony:

What it means: Hennig told AAAS Science that the findings offer new ways for computer-generated music to compete with human productions, such as generating better "humanized" beats using statistical models derived from actual human production. But he's clear that the models he has built "couldn't replace a musician," just offer better tools for digital productions.

Perhaps this balance of computers and humans is what's made the current EDM trend so voracious. Either way, in the future of music, we'll want to be human after all.