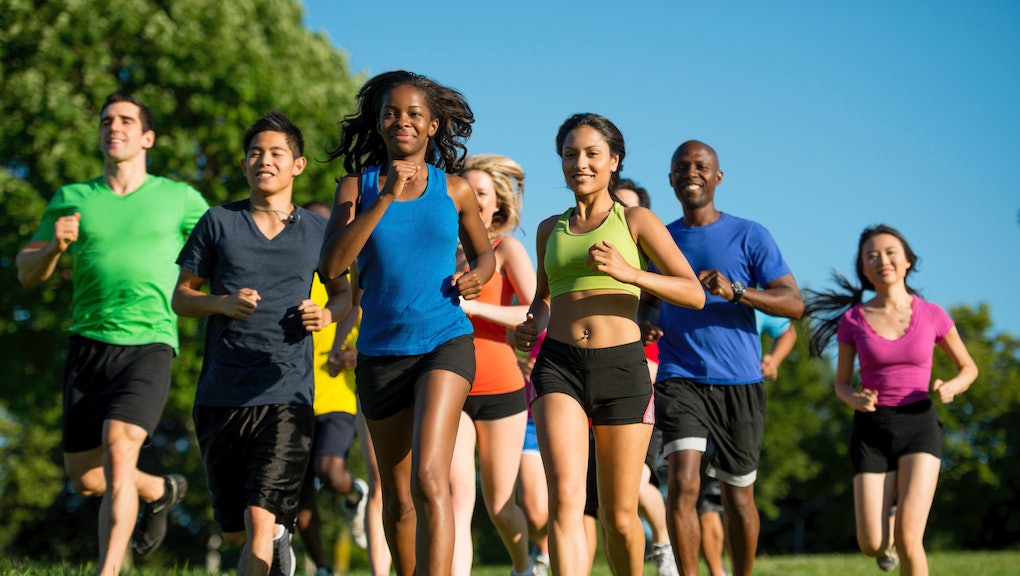 Women tend to pace themselves nice and steady, while men rush to the finish line and tire themselves out. Sound like anything you know?

The results: In the study, by comparing the runners' halfway times with their final scores, the research team was roughly able to determine each runner's overall and second-half paces. Men slowed down by 16% after passing the midpoint, while women's rate dropped by closer to 12%. Another test found a more significant drop, with up to 14% of men finishing at a 30% slower pace while just 5% of female runners fell into the same category.

Why the drop among men? There's a physiological explanation and a psychological one. Senior study author Sandra Hunter of Marquette University told the New York Times that men burn more carbohydrates faster than women, causing them to "burn out" faster. But male psychology also plays a role.

"They start out fast and just hope they can hold on," Hunter said, noting that men are known to likely adopt a "risky strategy."

One of the researchers noted that it's premature to conclude women are better runners than men, since a steady pace could be overconservative. Regardless, it seems that many male runners didn't bother to pace themselves during the first half of the race, while the women mostly did just fine. The gender aphorisms practically write themselves, but suffice it to say that in this specific example, it looks like some men really do need to chill out and plan longer-term instead of rushing ahead.

The New York Times' Gretchen Reynolds suggests that the optimal strategy would blend the two strategies, finding the maximum sustainable pace and sticking with it. A little from both sides — we can get behind that.