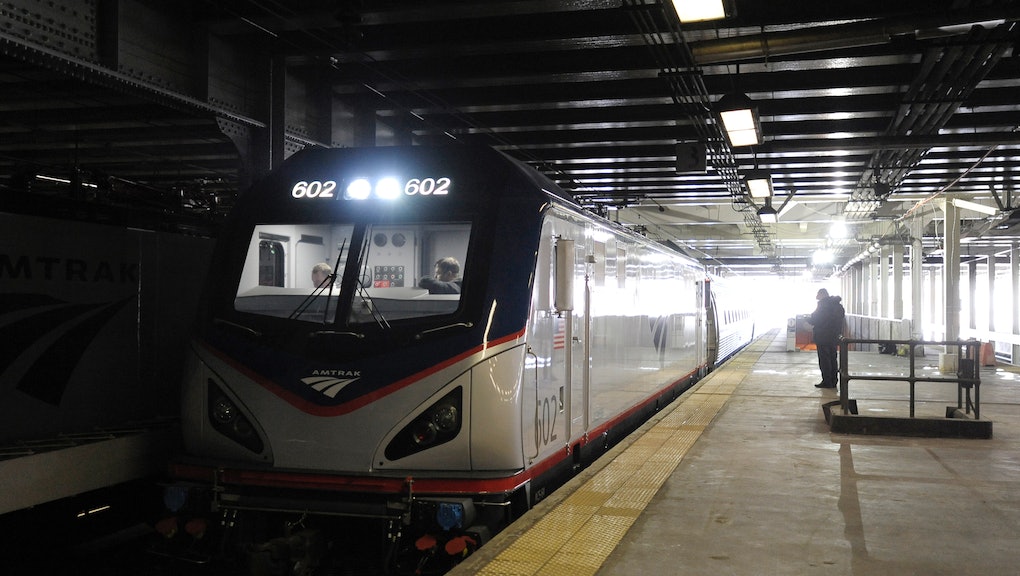 This Might Be the Dumbest DEA Spying Plan of All Time

As the old saying goes, why get the milk for free when you can spend hundreds of thousands of dollars on the cow?

The Drug Enforcement Administration was embarrassed after an Amtrak report released Monday confirmed that the agency had paid more than $850,000 to an Amtrak secretary to supply confidential passenger information, according to the Associated Press.

Here's the thing — Amtrak's own police agency already works with the DEA in a joint task force. If the agency had asked, the AP says, it could have had all that information for free.

The scheme: If you've traveled by train or plane, you know Amtrak, airlines and other companies take down plenty of information about you. There's your name and payment information, plus potential addresses, emergency contact info and traveling companions, not to mention the actual travel dates and times.

The DEA clearly thought that kind of data could be useful for snooping purposes. Over the past two decades, the agency paid a secretary $854,460 total in exchange for passing along that kind of info.

Getting tips from private employees is nothing new — as the AP notes, a chemical company employee assisted in the investigation of Pablo Escobar by notifying law enforcement of the large amounts of a cocaine manufacturing ingredient that were being shipped to Colombia.

The response: The employee in question was allowed to resign rather than face penalties, despite the report saying that the secretary had been selling passenger data since 1995 without getting approval from Amtrak.

"In addition to the unnecessary expenditure of $850,000, DEA's actions reflect an unwillingness to cooperate jointly with the (Amtrak Police Department) on investigations of narcotics trafficking on Amtrak property," he wrote, adding that the situation "raises some serious questions about the DEA's practices and damages its credibility to cooperate with other law enforcement agencies."

According to the AP, the DEA decided it was best not to comment on the whole mess.