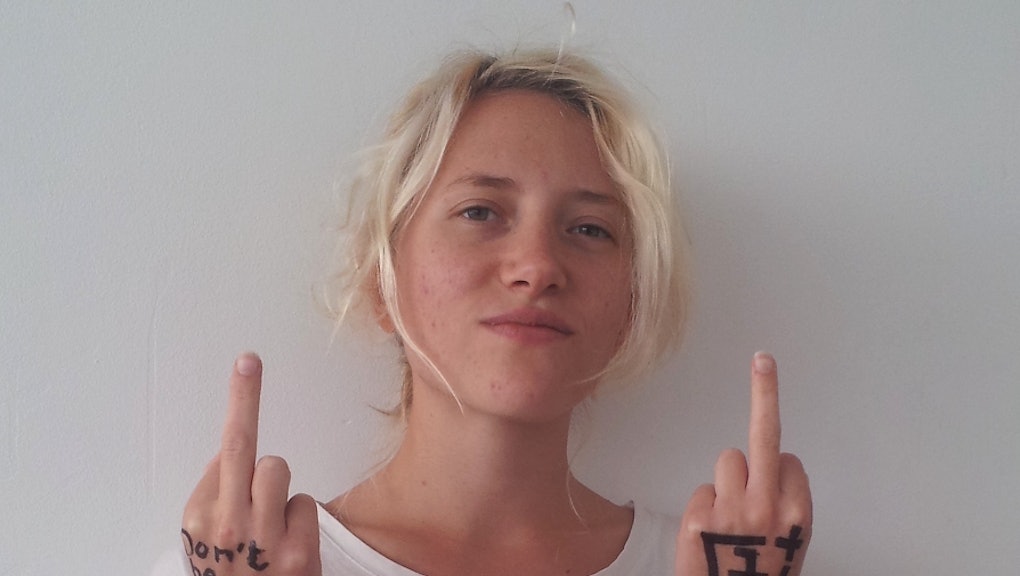 The news: Here's a small marketing tip: If you want to sell a product, try not infuriating the entire feminist blogosphere.

Smartphone maker OnePlus, which is seeing huge demand for its well received OnePlus One Android phone, recently learned the hard way that marketing with sexism can backfire big time. In a post that's since been scrubbed from the company's forums, OnePlus offered a few "lovely ladies" the chance to skip the line to get a phone by posting a sexy photo with a hand-drawn company logo. TechCrunch's Jordan Crook accurately described the contest as "demeaning towards women and generally ignorant":

As we close in on the 200K mark for the number of registered forum users, OnePlus wants to give a shout out to the few but beautiful female fans in our community with our Ladies First contest.In true gentlemen fashion and because chivalry is not dead, we are giving the lovely ladies of OnePlus a chance to skip the invite line and introduce themselves to us.Ladies (and only ladies, sorry guys, ladies first), the rules are simple:Take a photo of yourself with the OnePlus logo clearly visiblePost the photo in this threadThe 50 most well-liked ladies will receive an invite and a Never Settle t-shirt. Additionally, we will be giving out another 100 invites at random to any lady who participates in the contest. The contest begins today and ends on Friday. We will announce the winners on Monday.Ladies, no nudity please.

Ooof. Not only did the company inappropriately solicit its female users, it also suggested the phone is so irresistible that "ladies" would need to restrain themselves from baring it all. Then it cited the archaic concept of chivalry, which fundamentally organizes gender relationships around perceived female submissiveness and fragility. Hey, who needs respect for women when you can have a rad phone?

The backlash: Elle noted that even OnePlus' male userbase was offended, while The Verge slammed it as "horribly conceived and deeply sexist." One female user even went so far as to post this well-deserved photo:

Twitter also had some key points to add to the discussion:

The campaign has drawn comparisons to other sexist product marketing endeavors like HTC's purse-friendly Rhyme smartphone, which would come in a "calming" sea foam green pre-loaded with dieting and shopping apps. But this isn't OnePlus' first rodeo: DroidLife pointed out the company overhypes phones, relies on sales gimmicks and asked users to smash their old phones in another distasteful contest.

To their credit, OnePlus has acknowledged the contest was in bad taste and pulled it entirely. But they did manage to say something a bit cringe worthy in the apology: "We would love to hear your feedback on how we can better get women involved in tech." Um ... start by not being assholes, okay?