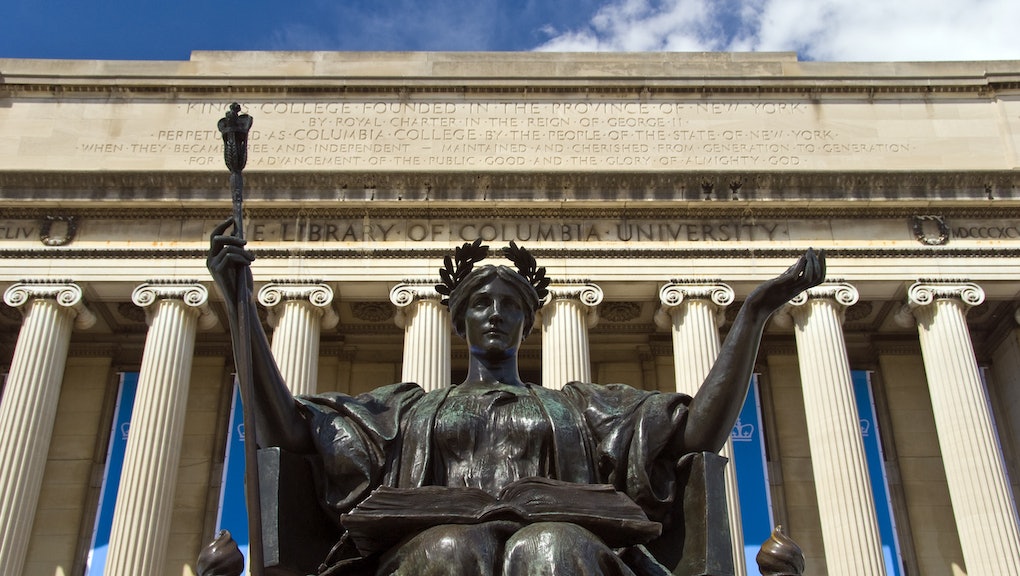 While that in and of itself is not particularly newsworthy, the decision has become a part of the national conversation about sexual assault on campus due to the administration's alleged reason for the cancellation: concern that the event would lead to excessive drinking and sexual violence.

However, there are a few problems. While it's somewhat admirable that the university is finally recognizing its troubling sexual assault problems, they're only scratching the surface.

Earlier this year, 23 students from Columbia and Barnard, Columbia's affiliated women's college, filed a Title IX complaint against their respective schools, "charging systematic mishandling of assault claims and mistreatment of victims." Since then, student activists have staged several high-profile protests and stunts, including anonymously writing the names of accused student rapists on bathroom walls.

To that end, simply banning high-risk events is not going to make Columbia a safer environment for students; in fact, that might actually get rid of opportunities for students to learn about campus sexual assault and for the Columbia community to have open, transparent discussions on the issue. There are systematic issues with sexual assault on Columbia's campus and cancelling one alcohol-fueled event isn't going to solve every problem.

Here are some of the students' responses:

Canceling Bacchanal was a misguided way to fight sexual assault, because it simply distracted from and disguised the underlying causes of sexual violence, rather than creating a campus culture in which students could safely participate in school-wide, community events. — Bacchanal CommitteeWe feel strongly that this is a band-aid, not a solution, in the fight against sexual assault on Columbia's campus. ... cancelling Bacchanal sends the false message that the concert is the cause of sexual violence. Harassment and assault at Bacchanal may be more visible, but sexual violence is prevalent throughout the year, and will happen in Columbia residence halls, buildings, and events whether or not this event takes place.— Coalition Against Sexual ViolenceThe reason that sexual assault has been an issue at Bacchanal is not because of Bacchanal itself. It is because of rape culture. Without Bacchanal, there will still be assaults and there will still be violence on campus. It will simply be less visible. The administration’s idea that canceling Bacchanal will eliminate violence shows their complete misunderstanding of the root of violence and places blame on alcohol or drugs instead of a culture in which we do nothing when those around us are hurt.— No Red Tape

This is a sign of a deeper problem. While the Bacchanal is just one event, the administration's response in this matter signals an underlying issue that plagues colleges throughout the country: lack of transparency and communication.

Columbia officials may have had good intentions in canceling the student event, but they failed to notify the student leaders of their concerns, let alone provide opportunities for conversations about how both sides could work toward creating a safer community on campus, all resulting in the Bacchanal Committee losing thousands of dollars in sunk costs.

The truly disappointing thing about the Bacchanal's cancellation is that it could have been the perfect occasion to address Columbia's problem with sexual assault and to educate the new students on how to identify and prevent rape. Instead, the administration took the lazy way out — trying to mend a broken body with a single Band-Aid.