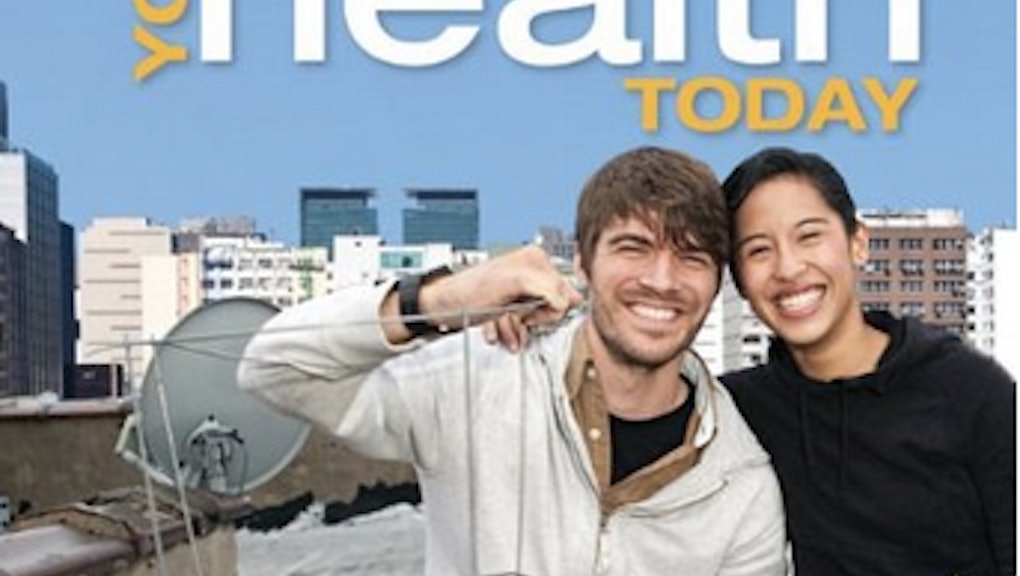 Parents Are Freaking Out Over This Textbook's Sex Advice

Talk about burying your head in the sand.

Ninth graders in Fremont, Calif., won't be learning about sex in their health class this year — if, that is, the school's district superintendent and 2,300 parent signatures have any say in the matter.

Deemed an "equivalent to pornography," the book in question, Your Health Today, was adopted this year as the sex-ed text for ninth graders in the Fremont school district. But the 300-plus page book quickly drew the ire of some parents, because in addition to traditional, expected topics like nutrition, body image and anatomy, it also includes sections on sex, drugs and alcohol. In particular, it touches on ways consenting parties make sex fun and pleasurable.

"I flipped through it and saw sections that mentioned bondage with ropes and handcuffs," parent Teri Topham told the San Jose Mercury News. Asfia Ahmed, a mother at the front of the book-banning campaign, similarly questioned the validity of such topics in the book, arguing that sensationalism was trumping usefulness. "There's a section that tells you how to talk to your prospective partners about your sexual history," she told the Mercury News. "How does that relate to a 14-year-old kid?"

So what, exactly, is this "pornographic" bondage manual saying?

Becky Bruno, another parent, planned to sign the petition to ban the book, but then stopped herself after she actually read the book. "I was expecting to see explicit pictures, expecting controversial information, and I didn’t find that in the book,” she told the Mercury News. "Yes, there is a section on sexual health, but the pictures are drawings of anatomy and would be the same thing they were exposed to in elementary and middle school. I didn't see anything that would be categorized as pornography, and that's what some of the parents are saying."

In asserting the relevancy of the book for ninth graders, Michele Hartmangruber, campus supervisor at Irvington High School, said, "I want to let everyone know, if you think sex isn't happening with your freshmen, you need to take your blinders off. It's happening, and it's happening in the corners, in the bathrooms, in the cars, in the parks and even on the 50-yard line in front of everyone."

This difference in opinion points to an essential contradiction in the way Americans view sex education. In state districts across the country, educators are choosing between abstinence-only programs, "abstinence-plus" programs and more comprehensive approaches. In Mississippi, a state with the second-highest rate of teen pregnancies, gonorrhea and chlamydia infections and the seventh-highest rate of HIV infections, some high school girls were taught that having sex before marriage was dirty, like a piece of chocolate that fell on the ground.

Slate's Amanda Marcotte believes that sex education should be more encompassing; a feminist angle  would emphasis that sex is not taboo or scary, but also pleasurable and empowering, for women in particular: "Talking about pleasure empowers young women in particular. Girls need to know that their relationships should, above all other things, make them feel good and be happy. If your right to pleasure is a central concern, it's easier to say no to stuff you don't want to do, instead of letting someone guilt-trip or bully you into it."

Ultimately, a generation that grew up in the midst of the Fifty Shades of Grey craze and listening to Rihanna's hit single "S&M" probably already know about bondage and vibrators. And that's OK. Teaching high school students that consensual sex comes in a multitude of forms is less likely to make them sex-crazed deviants than it is to make them informed, body positive teenagers with a healthy view of sexuality.