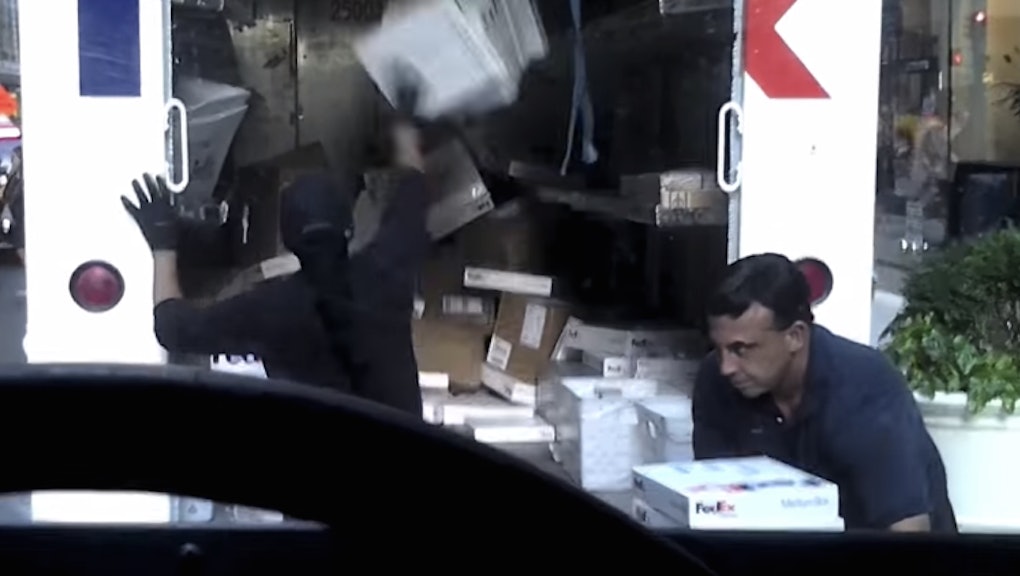 Here's What Happens to Your FedEx Packages When You're Not Watching

The news: Anyone who has ever had trouble with shipping companies has suspected that they don't really care what happens to your mail, so long as they get your money. But this cringe-inducing compilation of FedEx workers caught on video not giving one flying shit about their jobs is still pretty jaw-dropping:

Isn't this kind of unfair to FedEx? Maybe a little. FedEx enjoys high levels of customer satisfaction, and the company responded well to previous viral videos catching employees treating packages badly. Anecdotal web evidence abounds of FedEx losing packages, slow delivery and damaged goods — but it's shipping, where a good job usually goes unnoticed and a bad one can inspire fury in a customer.

However, a federal court also recently indicted FedEx for conspiring with online pharmacies for more than a decade to deliver drugs bought illegally without a prescription, a practice that garnered the company $820 million in revenue. What's more, CEO and founder Fred Smith thinks "a majority of the population" are lazy, government-addled takers, so whatever.

Employees working for competitor UPS, however, claimed in 2009 that they were forced by their bosses to lobby for more stringent regulations that would adversely affect FedEx. So here's a video of a UPS guy straight up stealing an iPad Mini from a FedEx guy, just to even it up a little.

But while both companies screwed up 2013 holiday deliveries big time, they've got nothing on this dude at Guangzhou Baiyun International Airport, who doesn't even look where he's tossing packages: