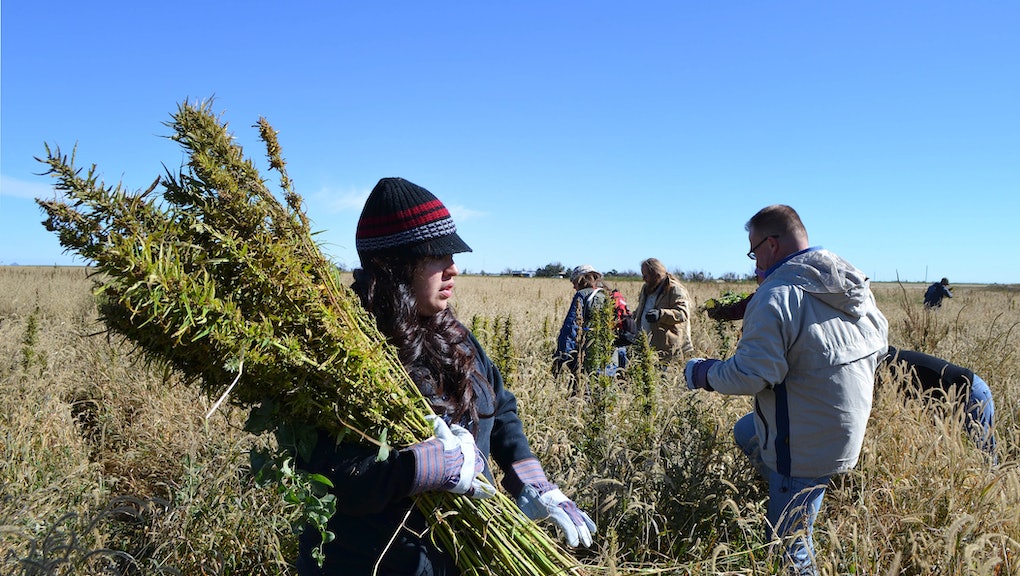 It can be used to store energy. At the American Chemical Society's national meeting this week, researchers from the University of Alberta unveiled a way to create extremely efficient batteries called "supercapacitors" using specially treated hemp, a non-psychoactive variation of the marijuana plant. That means hemp could be a low-cost, renewable raw material that revolutionizes energy storage.

How it works: Hemp fibers are heated over the course of 24 hours, causing the material's carbon atoms to align and form nanosheets, each of which are only one carbon atom thick, and which can be used as conductors in batteries.

One of the battery's most impressive features is its ability to discharge energy very quickly, which could drastically cut down charging times. You could recharge the device you're reading this article on in seconds.

Why it's a breakthrough: Prior to this finding, supercapacitors used lab-created carbon nanosheets, a material called graphene. Hemp is proving to be far more efficient.

According to a press release quoted by AlterNet, "The hemp-based devices yielded energy densities as high as 12 watt-hours per kilogram, two to three times higher than commercial counterparts." That means we can charge up electronic devices faster and more efficiently than we currently do. However, the storage capacity of hemp supercapacitors is less than ones that use graphene.

Despite a smaller storage capacity, hemp is still a better choice. Graphene is far more expensive to synthesize, and hemp is a sturdy, renewable resource that can flourish in a range of climates. With this discovery, supercapacitors could rely exclusively on hemp rather than graphene, and the batteries would be inexpensive and easily replaceable.

At this point, it's a mere proof of concept, but it could challenge the current market for energy storage devices, which would struggle to compete with such a cheap alternative. Whatever the future does hold for this amazing technology, it'll probably be a bright one.