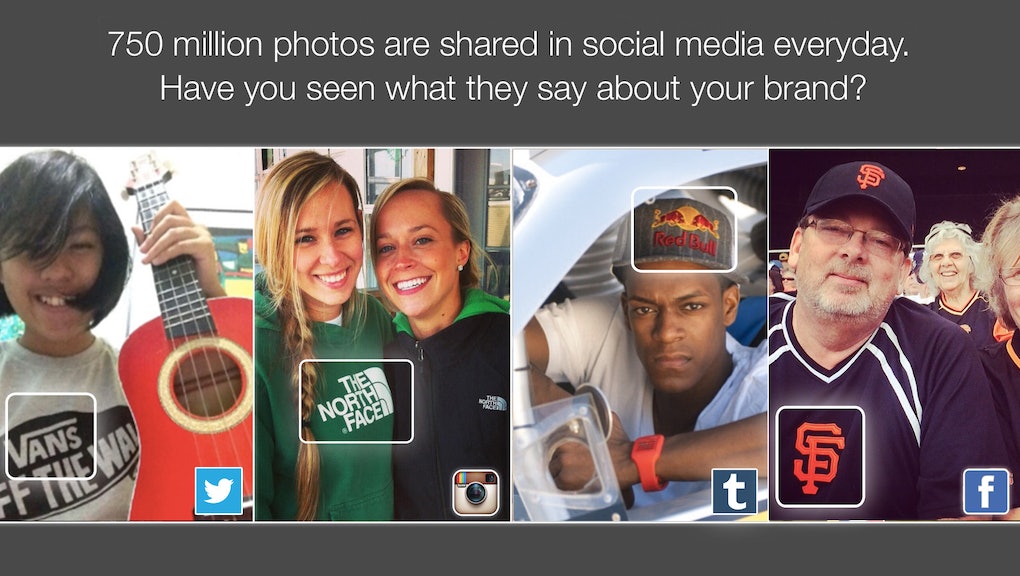 Tech Companies Are Letting Advertisers Creepily Look at Your Selfies

Yet that might be the wave of the future for brands, according to Mashable. Companies are turning to technologies that scan public photos on networks like Facebook and Instagram to give them insight into what you want to buy.

How it works: As Mashable notes, traditional web advertising is driven by demographics. Advertisers take what they know — your age, your gender — and guess what you want. Your searches and "likes" factor into the equation as well.

A company like Ditto has built software to detect logos. You might not caption a picture of you hiking with "So excited to be wearing my new #REI fleece," because that would be weird. But by detecting the logo on your chest, REI would still be able to know that it reached you thanks to Ditto's software.

It's not just about targeting ads, though. Companies can cross-reference the data they get from logo detection with the information they already know, giving them a more accurate picture of their audience. Ditto, for instance, says its products also help companies "identif[y] influential brand ambassadors" and "activate the social networks formed around your brand."

A growing trend: Creeped out? Get used to it. Ditto isn't the only game in town — Mark Zuckerberg, Elon Musk and (for one reason or another) Ashton Kutcher have poured $40 million combined into an image-recognizing artificial intelligence company called Vicarious, according to Mashable.

Google, meanwhile, paid hundreds of millions of dollars for a different artificial intelligence company called DeepMind. Details about what DeepMind does, other than sound like a front for a supervillain, are sketchy, though Re/code reports the technology it makes could be used for online commerce.

If things keep going in that direction, consider this a plea for social media networks to introduce a hip-hop-on-MTV-style logo blurrer.