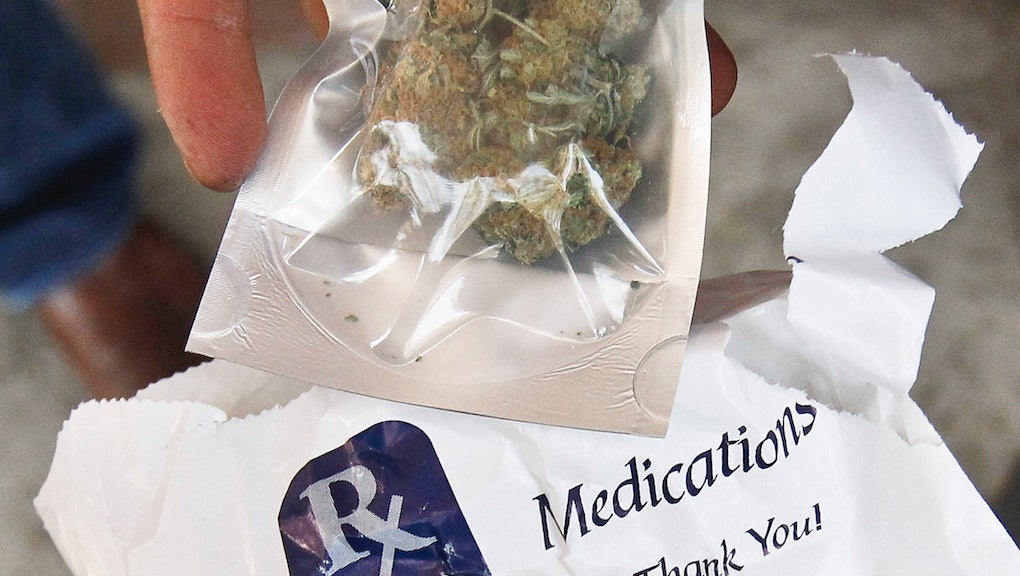 The news: San Francisco General Hospital is making strides in developing a marijuana-derived treatment for sickle-cell anemia, a blood disorder that affects over millions worldwide, including 10% of African Americans in the U.S. It causes severe pain throughout the body. The condition is currently treated using opiate painkillers, but researchers believe that CBD, one of the compounds in marijuana, could cure the disease without the dangerous addictive, often lethal qualities of pharmaceutical painkillers.

A safer alternative. Rather than administering cannabis intravenously or through smoke, the study used vaporized cannabis extracts, specifically, oils that are high in CBD. After administering CBD to lab mice with sickle cell anemia, doctors discovered that the mice had far less pain and inflammation, reducing the need for high doses of opiates. That could mean that tens of thousands of human patients will be relieved from their ailments without having to turn to corrosive opiate drugs.

Long road until now. It's making great headway now, but the study was delayed for over a year by the FDA because they wanted to ensure that CBD vapor wouldn't be harmful to lab animals like mice and dogs. That seems rather ridiculous considering that the FDA has approved animal testing for countless chemical pharmaceuticals and held up a study because they were worried that a plant derivative would harm lab mice. Protecting lab animals is not part of their testing protocol.

Despite the needless hurdles, the trial is underway. Researchers are making progress on a treatment for sickle cell anemia that doesn't have the potential to devastate the patient's life like opiate painkillers do. It's yet another example of cannabis effectively treating pain and outmoding the widely prescribed pharmaceuticals. For patients, it's a new era of treatment options, but it poses a challenge to pharmaceutical companies, who are doing what they can to slow it down. But if discoveries like this keep coming up, they'll have a hard time convincing the public otherwise.