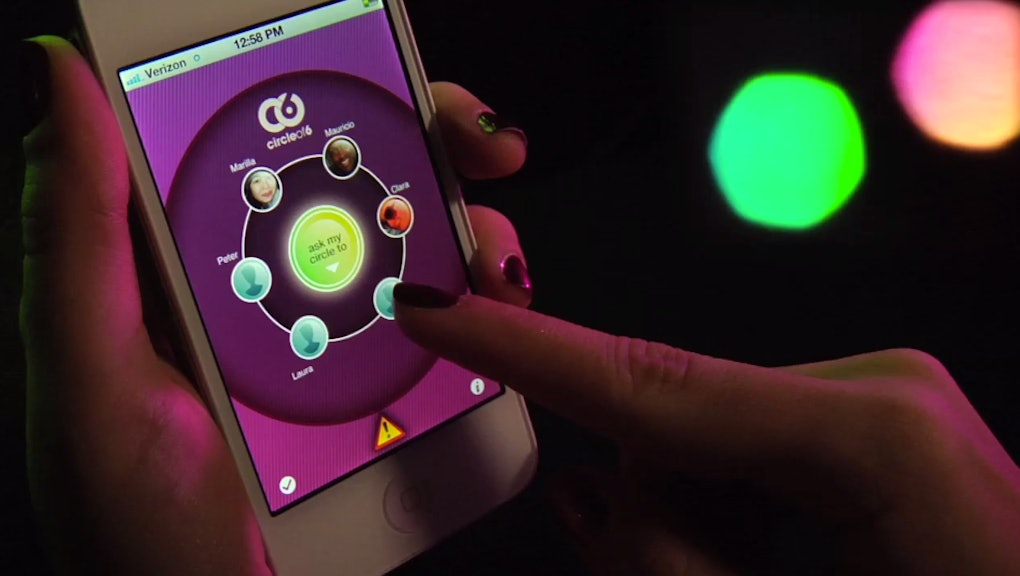 There's a New App Every College Woman Should Download

A human rights tech startup has a created an app to fight one of the biggest problems on today's college campuses: sexual assault.

Circle of 6, a free app from Tech 4 Good, will help users notify friends they need urgent help. It also stores emergency and hotline numbers to call in case of a crisis.

Circle of 6 Anti-Violence App on iOS/Android: Now Customizable for Universities! from Nancy Schwartzman on Vimeo.

How it works: Users input six phone numbers of friends. The app blasts out a message to them based on the icon the user selects. The idea is to send out an alert quickly and simply, which requires only two taps to a phone.

The first icon, a car, sends out a "come get me" message with the GPS location of the app user. The second, a phone, asks friends to call as soon as they can to get the app user out of an awkward — or potentially dangerous — situation. The third, a chat bubble, lets friends know that the app user needs advice, but isn't necessarily in a dire situation.

There's also an emergency button that will automatically call a hotline or emergency number.

Tech 4 Good is working with universities to customize the app for different campuses and potentially provide it to an entire incoming freshman class. The app can also be tailored to study abroad programs, the Circle of 6 website says.

Circle of 6 emerged from a technology challenge put forth by the White House in partnership with the Department of Health and Human Services and Vice President Joe Biden. The app was 1 of 2 winners in the competition, along with On Watch.

Of course, no app will replace actual steps necessary for universities to protect their students and ensure campus safety. But having a quick, discreet way to let friends know you're in trouble can only help.