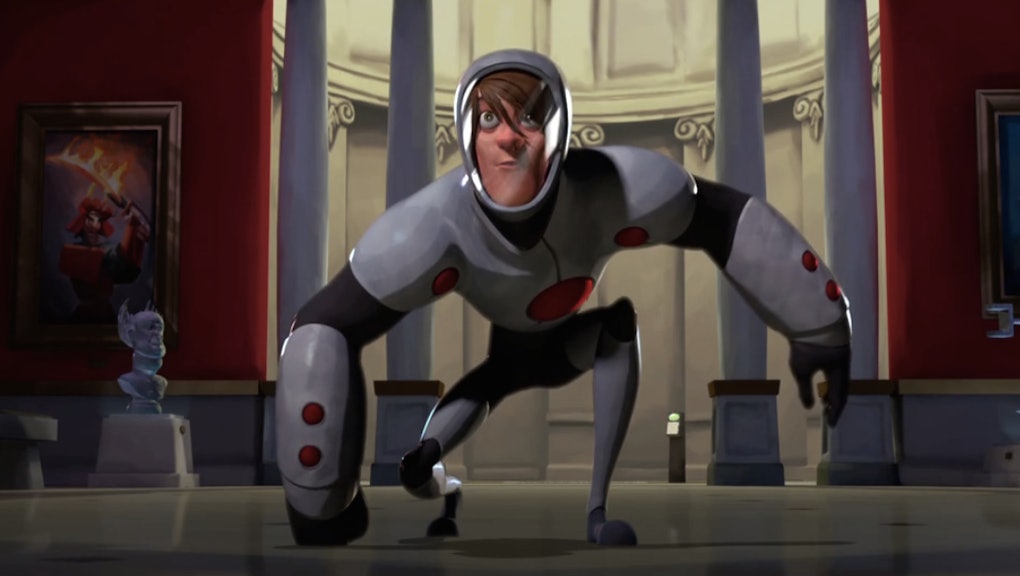 This Animated Short Is So Good, Will Ferrell Is Making It Into a Movie

If you like Will Ferrell, animated movies and hilarious and out-of-control antics, get ready to be very excited.

Created by former Pixar animator Adam Wood out of Bron Studios, the short film Henchmen: Ill Suited tells the story of hapless janitor working at the bad guy museum of Supervillain City who stumbles upon a super suit and creates a big mess. Unlike most Pixar films with the super-polished 3D look, Henchmen blends 2D with 3D seamlessly and beautifully. Take a look a the teaser below.

According to Deadline, Will Ferrel, Adam McKay and their production house Gary Sanchez Productions were so impressed with what they saw that they've become "creative collaborators" on what will eventually be simply titled Henchmen.

The feature length film will build off the short's idea, but add a few more elements to create a stronger story that can carry a full-length film. From the Bron Studios website:

"Hank is a lowly class three henchmen in the Union of Evil. It's not how he pictured his career, but as he says, "you just play the cards you're dealt". When Hank is forced to train an excitable young dreamer, he offers the same trite poker metaphor. Instead, the boy steals an amazing super suit, changing everything.Hank enlists a woman from his past Jolene, to help extricate the Kid from suit. Soon, the Kid has fled, and worse, Jolene has been kidnapped. Worst of all, Hank has realized he is in love. Now Hank must break his "risk nothing" code, to save the boy he's befriended, the woman he loves, and the entire free world!"

The poster looks pretty sweet, too.

A proven method: This isn't the first time a studio has taken a short film and turned into a full-length feature. Mentalfloss put together this list of other shorts that were turned into feature films, and there are some real gems. Along with the animated short 9, which became 9, films such as Office Space, 12 Monkeys, Napoleon Dynamite, District 9 and Saw all started out, in one way or another, as shorts. And with guys like Will Ferrell and Adam McKay at the helm, you can bet this one is going to turn out pretty well too.

The production team is targeting a 2016 release.