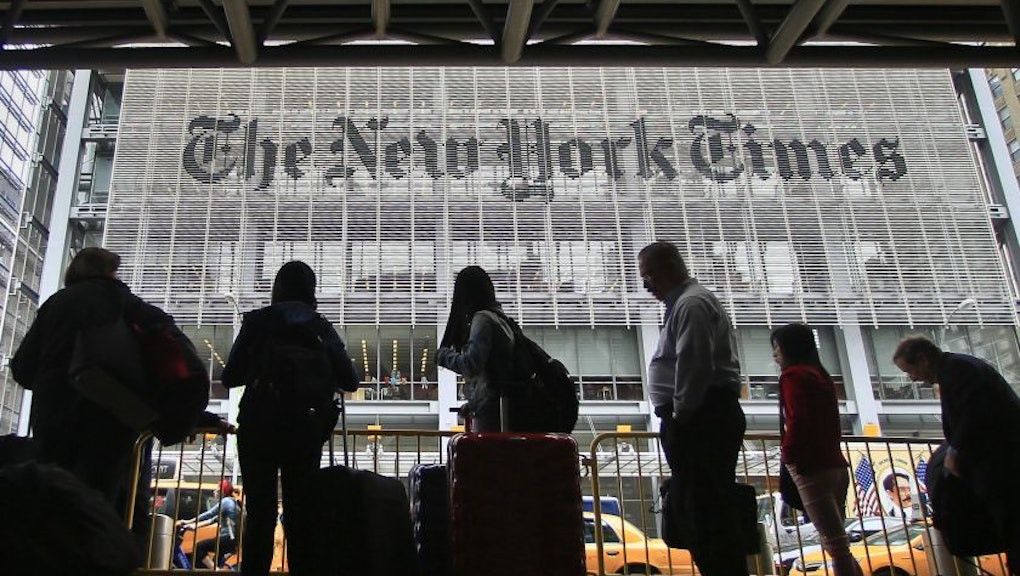 The news: If you thought the New York Times' support for marijuana legalization meant it was getting more progressive, think again. The paper just tweeted out a horribly misguided headline – taking one giant step backwards in the realm of progressive thought.

Latino Rebels points out that "While the country's "paper of record" has some solid Latin reporters on staff, when it comes to actual editors who are responsible for final copy and final headlines, the Times continues to fail."

The story profiles several Hispanics who have journeyed up the professional ladder, landing bigger and better jobs in various agricultural fields. But the heart of the narrative is now being clouded by a poor headline.

Shock and dismay: An onslaught of critics took to Twitter to highlight the inappropriate headline.

The takeaway: The New York Times relayed a compelling tale in Saturday's story, "More Latinos on Farms Move From Fields to Office." But poor packaging did more harm than good. The newspaper came off as ethnically insensitive and if there was more diverse group of editors on staff they could have potentially prevented this headline hiccup.

The headline perpetuates an idea of Hispanics that is not only unpleasant but is downright disrespectful. Here's a novel idea: When in doubt, be respectful.