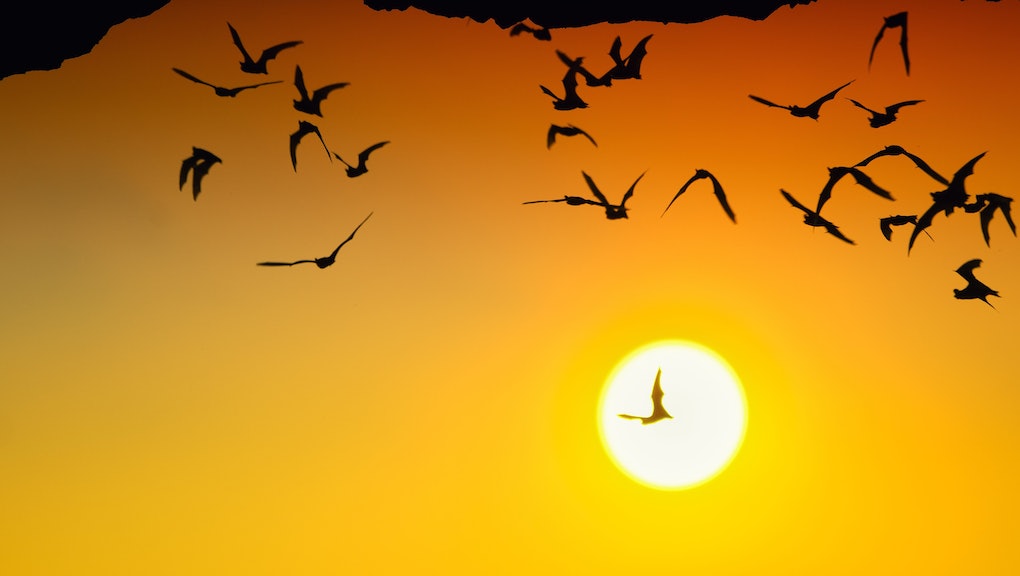 Eight Years Ago, They Were the Most Common Mammal in America. Now They're Almost Extinct

The news: Vampire-evoking, blood-sucking and Ebola-linked bats might not be the most beloved animals in the world. Even so, these animals play a crucial role in our ecosystem — and now they are in danger of disappearing.

According to Wired, 6.5 million Little Brown Bats lived in the eastern U.S. in 2006, making them the most populous wild mammal species in America at the time. Since then, millions of Little Brown Bats have died, leaving them a "threatened species" in many states.

What is killing the bats? Though bat death has often been linked to pesticides and other chemicals, the chief cause seems to be White Nose Syndrome (WNS), a fatal fungal infection with no treatment or cure. The fungus, which kills bats in hibernation during wintertime, has been quickly spreading throughout the eastern United States.

That doesn't mean that all bats are endangered — but many are. For instance, WNS is endemic in Europe, where many bats have resistance to the fungus. But American bats do not have this immunity: 11 of the 47 American bat species are currently affected, with four of those being listed as endangered. As WNS affects hibernating bats, that means that just about half of all American bat species could be affected in the future.

Bats are incredibly important in our environment. In addition to getting rid of agricultural pests for us for free, some species also play a crucial role in pollination as well. It's also important to keep bats' place in the ecosystem in mind: Should a large bat population suddenly decrease, that could mean an increase in mosquitoes and other pests.

What can we do? For now, the best method of containing WNS is isolation and prevention. This means identifying and closing bat caves that have already been infected, and making sure that humans don't help to spread the disease any further. It's already been speculated that humans brought WNS from Europe to America; the best we can do is to stay out of caves and let nature run its course — hopefully that will be enough to help American bats regrow their struggling populations.