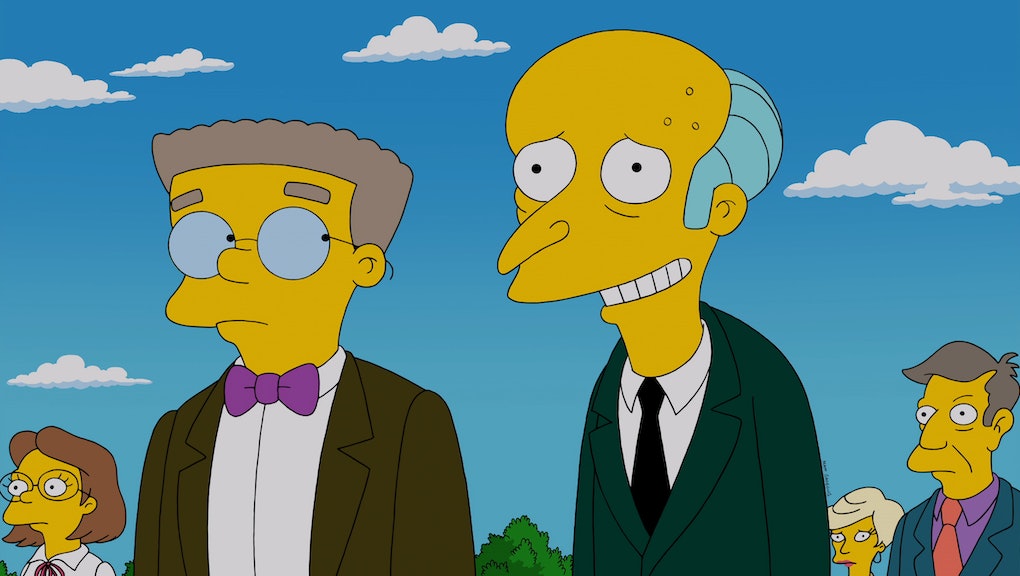 After 25 Years, the Most Talented 'Simpsons' Actor Finally Gets the Recognition He Deserves

It took him a quarter of a century to finally win an Emmy, and he did it in his sleep.

Literally. Harry Shearer, Simpsons powerhouse and the only major cast member not to win an Emmy, was in bed after two performances of new play Daytona in London when he finally won an Emmy for his decades of voice work on The Simpsons. He tweeted his happiness later Sunday morning, but fans and even fellow nominees could not have been more excited for Shearer, who has likely deserved this award for all of his 25 years on the program.

Other A-list comedy fans of Shearer also praised the decision:

Shearer has voiced 179 characters on the long-running cartoon, according to the Simpsons wiki. Among these have been some of the show's most important characters, such as Rev. Lovejoy, Ned Flanders, Principal Skinner and Mr. Burns. His award came for his work on the episode "Four Regrettings and a Funeral," in which Mr. Burns and Kent Brockman, also a Shearer character, recalled the impact of a deceased Springfielder on their lives.

Over 25 seasons and a quarter-century, Shearer has remained underawarded for his talents in an increasingly competitive field: The Emmy for voiceover work last year went to Lily Tomlin for narrating the documentary An Apology to Elephants. This year the Emmys added a character voiceover category, which helped Shearer finally receive the recognition he deserved. For a man who can bring Ken Brockman and Dr. Hibbert to life with the same vocal chords, it only seems fitting.

Shearer's characters are some of the most fleshed out, diverse characters on The Simpsons. Rev. Lovejoy, with his terse, sarcastic drawl, is a million miles from the serial optimist Ned Flanders. The deep, gruff machismo of Kent Brockman seems like the polar opposite of the willowy rasp of Charles Montgomery Burns.

At long last, Shearer has received the recognition his vocal work deserves, just in time for the next stage of his career on the stage. It's an outstanding and deserved success, even if the Simpsons themselves might be a bit more blasé.