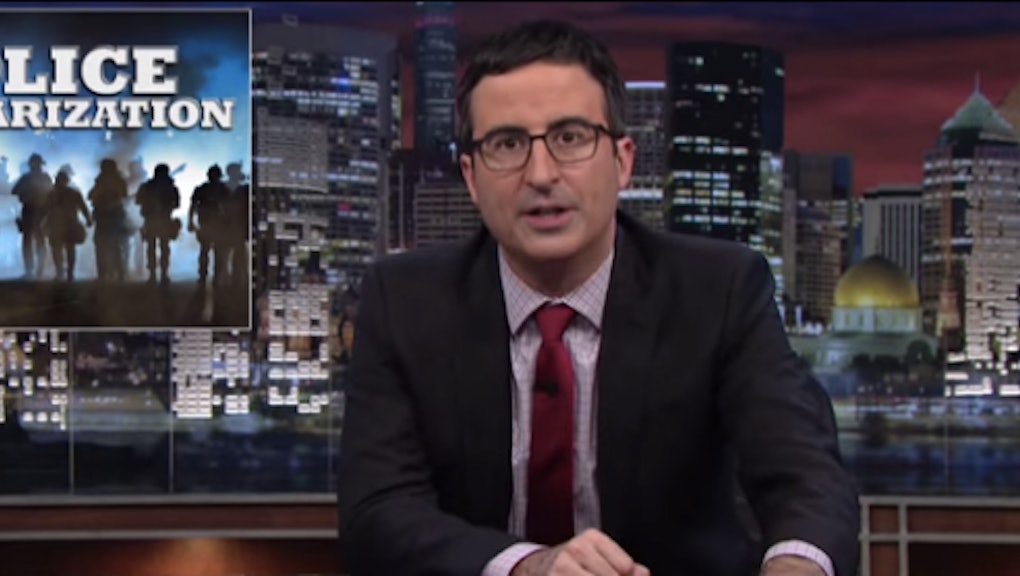 tIn the wake of Michael Brown's shooting on Aug. 9, all eyes may be trained on Ferguson, Mo. Our television sets and social media feeds may be flooded in images of aggression and violence, but fully understanding what's actually happening outside St. Louis requires context.

The events of Ferguson took a horrendous turn Sunday night as police fired tear gas at protesters, including children, three hours before the imposed curfew. One man was shot by an unidentified gunman and seven were arrested, while members of the media were threatened with guns and mace. One image captured a woman being treated at a nearby McDonald's for tear gas, while a Vine clip shows an 8-year-old boy dealing with the aftermath of tear gas thrown by police.

The continuing unrest in Ferguson proves that the issues playing out in front of a national audience reach far deeper than this particular shooting. Racial tensions, mixed with a growing militarization of our police force, have reached a boiling point, which John Oliver flawlessly addressed Sunday on Last Week Tonight

Oliver begins by dismantling the Ferguson mayor's laughable defense that race has never been an issue in his town, a town where two-thirds of its population is African-American, while only three members of its police force are. "As a general rule, no one should ever be allowed to say there is no history of racial tension here, because that sentence has never been true anywhere on Earth," Oliver points out.

He then uses data from MSNBC to highlight the striking racial makeup of arrests in Ferguson, 93% of which are of African-Americans: "If you are white in Ferguson, you would need to be snorting cocaine directly on your dashboard to be stopped by the police."

On the issue of police militarization, Oliver points to the influx of Department of Defense money funneled to police departments since 9/11. "The number of SWAT rates has gone up by 1,400% since the 1980s," he notes. But there's more to this picture: Roughly 79% of SWAT operations involve search warrants for drugs, allegations that have been shown to disproportionately target minority suspects. Clearly, these SWAT teams are not being deployed in white college dorm rooms. Meanwhile, the coded, racialized language being used in Ferguson would be "barely acceptable" for a "zoo escape."

Ultimately, police are not soldiers, as Oliver points out that police officers in the U.S. would be wise to "dress for the job [they] have, not the job [they] want."

While humorous as always, Oliver's segment delivers important context missing from much of the mainstream media's coverage of the story. We can't look at these protests in isolation; they exist within the larger structures of institutional racism, not just in Ferguson but in the rest of the country as well. As Melissa Harris-Perry indicated on Saturday, a black person has been killed at least twice a week by a white police officer between 2006 and 2012. When it comes to the violence in Ferguson, we need to address the cause of the problem, not just the symptoms.