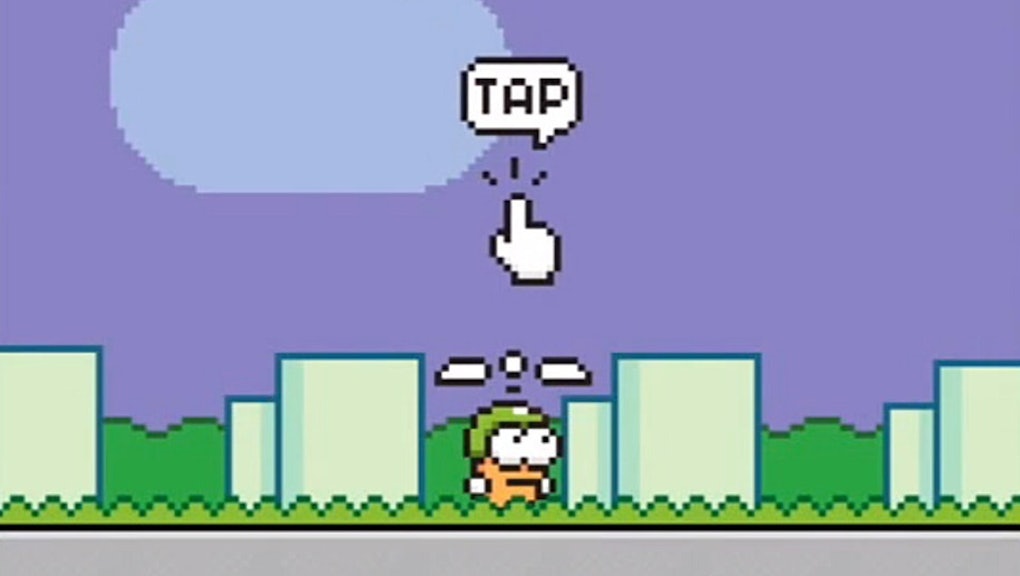 The Guy Who Created 'Flappy Bird' Has a New Hit

Drum roll, please: The sequel to "Flappy Bird," the game that drove the Internet insane and inspired countless ripoffs, is finally here.

It's called "Swing Copters" and features a little critter in a propeller hat attempting to fly upwards through a series of disastrously-positioned hammers. In an exclusive with Touch Arcade, developer Dong Nguyen revealed gameplay and announced a launch date of Aug. 21:

Early reviews are good. According to Touch Arcade's Eli Hodapp, the hammers add a perfectly balanced element of ridiculous difficulty that makes "Swing Copters" even more addictive than its predecessor.

Nguyen, fans will remember, infamously yanked "Flappy Bird" from app stores after the game blew up online and acquired somewhere around 50 million downloads. The Verge estimated that Nguyen was walking away from $50,000 in daily ad revenue. Theories ranged from legal challenges by Nintendo to speculation that the game had been fueling a botnet, or spur of fake downloads. Nguyen later told Forbes that he took down the game because it was too addictive and that intense attention was destroying his life.

"Flappy Bird" had its fair share of haters, like BDCwire's Perry Eaton who said the game "sucks in the most entertaining way possible." But the game's fans argued it expertly used classic gaming techniques like difficulty, simplicity, replayability and good use of gravity to build an addictive experience. Some of these are the same factors which made "Super Mario Bros." so great and "Flappy Bird" so immensely popular.

But it was also the game's unsolicited status as a viral phenomenon that contributed to its success. Every single time that stupid bird crashed into a pillar and died, players knew they were partaking in a shared experience with millions of others. The communal playing might have been mostly frustration, but at least you knew your pain was everyone else's.

"Swing Copters" looks ready to replicate all of "Flappy Bird's" fun and more — because it has hammers. In just a few days, all of your friends will be triumphantly posting high scores again, in between silently sobbing to themselves and staring angry and defeated at the screen.

"Flappy Bird" might not be dead yet, either. Earlier this month, the game returned as a multiplayer exclusive for Amazon's Fire TV.