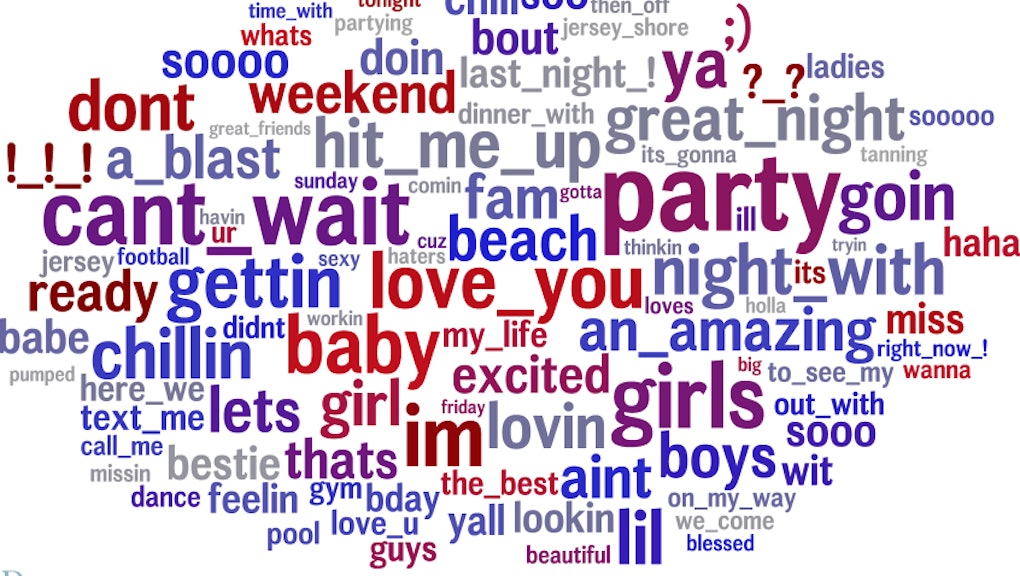 What Your Facebook Status Updates Say About Your Personality

Gone are the days in which we turned to physical diaries, burn books or private online forums to unleash a flood of our ecstatic or tormented thoughts. Today, we post these thoughts on social media, most prominently on none other than good old Facebook.

According to a recent University of Pennsylvania study, we take to Facebook to post exactly how we feel, not how we want others to think we feel —at least when you consider the words and emoticons people use to describe themselves on Facebook.

As it turns out, when analyzed across communities over long periods of time, the words we choose can be used to determine a surprising amount about us, from our age and gender down to our personality type. Not only can you tell how someone feels, but who they are.

The study: The team of computer scientists psychologists and statisticians recruited 75,000 people to download a Facebook app called "My Personality," which had them take a personality test and provide their age and gender before monitoring their Facebook status updates. After sifting through the most frequently used phrases, the researchers picked out the words that most often corresponded with a specific location, gender, age group or personality type. Then they turned those words into word clouds.

Introverts vs. extroverts: Introverts, for example, tended to use emoticons to express themselves and often referenced anime, Pokemon and computers in their status updates. Extroverts, on the other hand, overused phrases like "can't wait," "party" and "love you."

While the findings associated with personality types were pretty straightforward, the words that correlated with gender veered a bit more on the disturbing side.

So much for abandoning traditional gender roles: Based solely on their word clouds, the men who participated in the study seem pretty obsessed with proving their societally-determined ideas of masculinity, whereas women posted mostly about shopping and hair. At least at a community level, men are clearly still expected to protect the household and enjoy fighting and war. And women are still assumed to care almost exclusively about personal grooming, housework and the family. Men also used the possessive "my" when referring to their girlfriend or wife way more often than women when they mentioned their husbands or boyfriends.

Image Credit (All): University of Pennsylvania

What can we do with this? The project's creators think their research can be used as a more efficient means of measuring psychological and social well-being, and eventually as a way to help improve people's happiness. Much of that endeavor necessitates a societal shift. The project does an excellent job of pinning down traditional personality types and gender roles and the words people who conform to those norms use to identify themselves.

But what about those who might not adhere to the categories? Lifting a community's entire sense of well-being will likely depend upon increasing the sense of happiness among all of its members. This project is a good start at identifying some of them.