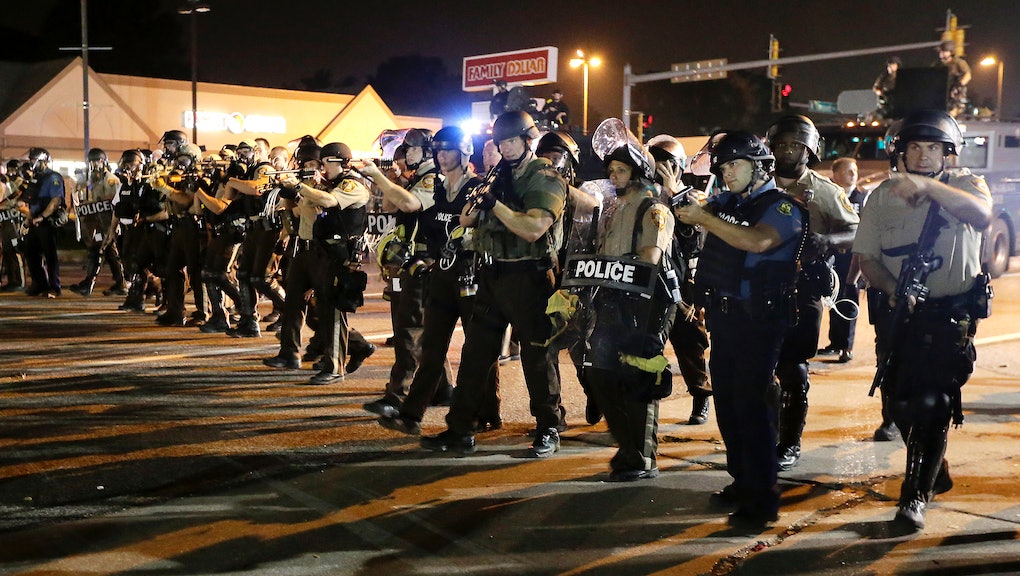 You Know Things are Bad When Egypt and Russia Are Chastising the U.S. Over Ferguson

You know things are bad when these guys are giving you grief.

The ridiculous police response in Ferguson, Mo., has provoked plenty of reactions from other countries, some of whom seem to be reveling in the chance to troll the U.S. (while seemingly forgetting their own records on human rights).

The participants: Let's start with Egypt, where the Ministry of Foreign Affairs urged the U.S. to show "restraint and respect for the right of assembly and peaceful expression of opinion," according to the Huffington Post.

Next we have Iran, where Ayatollah Ali Khamenei took to Twitter to pass judgment on the U.S. (with a bonus anti-Semitic zinger):

In China, state-run news outlet Xinhua posted a piece of commentary criticizing America's "human rights flaw," making note of the protests, NSA spying, drone use and mass shootings. "Each country has its own national conditions that might lead to different social problems. Obviously, what the United States needs to do is to concentrate on solving its own problems rather than always pointing fingers at others," the story reads.

And last, there's our old pal Russia, which took a similar tone. The Russian Foreign Ministry said that the "serious violations of basic human rights and barbaric practices thrive" in America, according to the Washington Post, adding, "We would like to advise American partners to pay more attention to restoring order in their own country, before imposing their dubious experience on other states."

The hypocrisy: Unless you are seriously sheltered, you don't need the Russian government or the Ayatollah to tell you that what's happening in Ferguson is messed up. And there are certainly legitimate concerns about holding your country up as a high standard while government bodies — local, state or national — allow something like this to happen.

But to hear that criticism coming from Egypt, where security forces killed at least 1,150 demonstrators last year in what Human Rights Watch said were "likely crimes against humanity," is pretty ridiculous. Remember, you need permission from the government to hold a protest in Egypt now.

Iran cracked down on anti-government protests in 2009, arresting as many as 500 activists, closing newspapers and detaining journalists. Russia has its own long list of human rights abuses, and China executed one of the most famous acts of protest suppression in history.

The U.S. has a lot to fix after the shooting of Michael Brown, but don't take it from leaders in these governments. They should probably be taking their own advice.