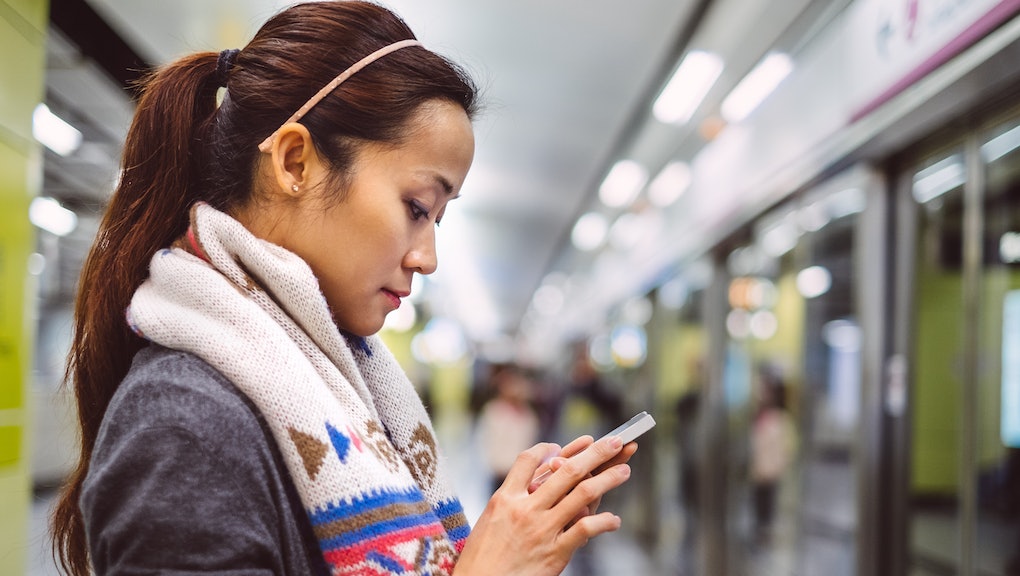 Here's How Many Times Young People Check Their Phones Each Day

According to a new report by the consumer management company SDL, millennials check their phone roughly 43 times a day. Subtract eight hours for sleep, and that comes out to just under three times an hour while you are awake — although that number is guaranteed to go up in times of high stress (e.g. waiting on a response from a job prospect or a text from your date last night).

Somewhat surprisingly, that figure is lower than what a similar study conducted by customer experience brand Kana reported last year, which put the number closer to once every 10 minutes, with one out of 20 respondents claiming that they checked their phone once a minute during every waking hour.

For millennials, their phone is their lifeline to the world. The SDL report also found that most young people used their phones to access social networks or read the news; not just check their personal emails or use search engines.

There is a certain amount of anxiety that comes with such dependence. According to a 2012 Cisco study, 40% of surveyed millennials said that they would "feel anxious, like part of me is missing," if they couldn't connect with their phones, with 25% admitting that they couldn't keep track of how often they checked their phones. Around 80% of millennials also sleep with their phones by their beds and 40% believe that losing their phone would be harder than losing their car, computer or TV. That's not even mentioning the distracting effect that phones have on attention spans (to the point where people can't even notice free cash when they're on the phone).

So the next time you get the urge to Instagram your meal or send a Snapchat selfie, think about whether you really need to — and whether you just walked past a money tree.