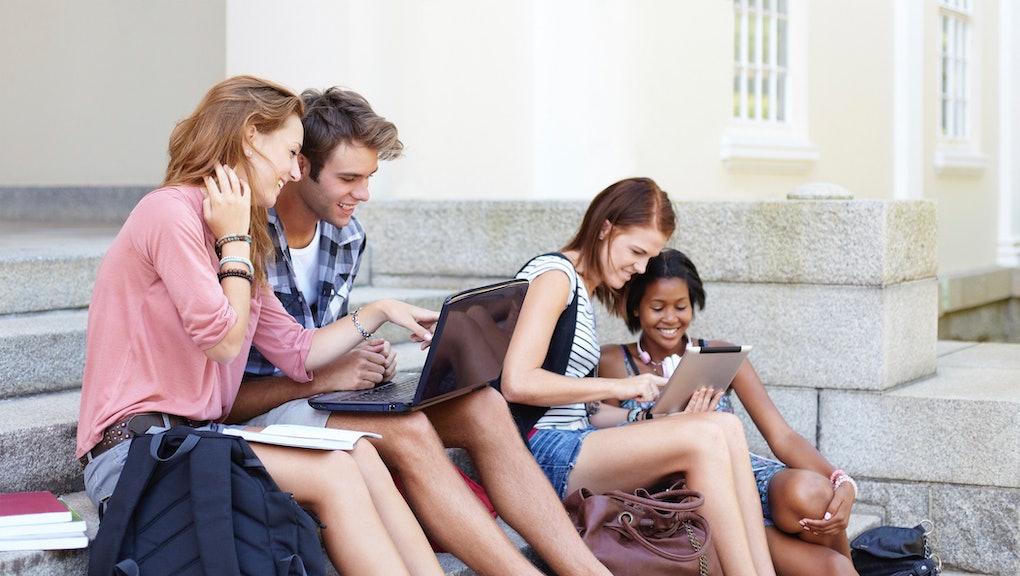 The news: This year, Tennessee has become the first and only state in the entire country to guarantee two full years of tuition-free education at community and technical colleges. Students leaving high school in 2015 will be the first to benefit from Tennessee Promise, which Republican Gov. Bill Haslam explained in an op-ed on WBIR that he hopes will boost the number of college-bound Tennessee students by 15% over just 5 years.

To keep their free ride, students will need to maintain a 2.0 GPA, meet with mentors and coordinators and perform a small amount of community service. Think Progress reports it will cost around $34 million a year, and since it was funded out of state lottery holdings and a $47 million endowment, it won't cost taxpayers much at all.

WDEF News writes that applications are now available at TNPromise.gov and will stay open until November for this year's class of graduating seniors. WATE reports that more than 800 students had signed up in less than a week.

Awesome news. Bureau of Labor Statistics data demonstrates people with associate degrees are significantly less likely to be unemployed than those without and can also earn more. Additionally, some two-year technical degrees can also fuel significant earnings.

While college remains an all-around good investment, it's increasingly unaffordable for many Americans. CNN Money reports that annual public college tuition costs rose an astonishing 8.3% over the 2011-2012 school year — at the same time state and local funding had reached its lowest point in 25 years.

In a state like Tennessee, which has a poverty rate of 17.9%, free college will remove major barriers to employment, class mobility and economic productivity.

A possible example for everyone else: Tennessee's program, if it proves successful, poses the potential to demonstrate how solid investing in education nationwide can help the workforce, especially for other states considering similar programs like Florida, Mississippi and Oregon.

What's more, it demonstrates that government investment in public education is far from a lost cause. According to TNReport.com, the measure overwhelmingly passed 87-8 in the State House of Representatives and 30-1 in the State Senate, with just a few Republicans opposing. That's right — a largely Republican-leaning state overwhelmingly approved the first major free college program for residents in the U.S., with Democrats commending it as one of the few major bipartisan achievements of the year.

Doesn't look so crazy now, does it? Nationwide, the Department of Education could eliminate all public college tuition for a measly $62.6 billion. Tennessee's leading the way, now everyone else needs to follow.