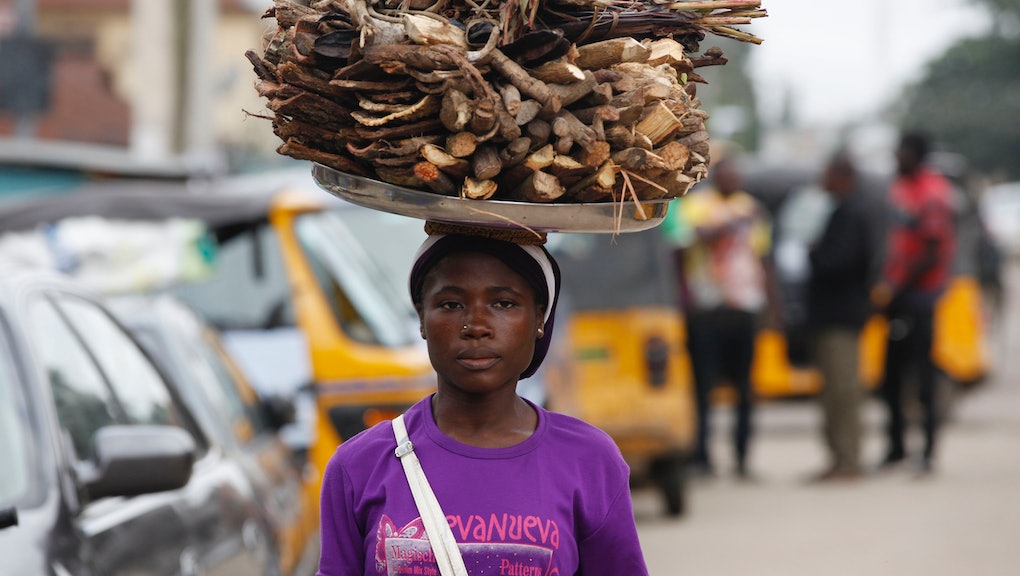 The Heartbreaking Reason Ebola Is Mostly Killing Women In Africa

The deadly spread of Ebola has been making headlines for weeks now, but one side of the story isn't getting the coverage it deserves.

In one of the most affected countries, 3 out of 4 patients affected by Ebola have one thing in common: They're all women. As reported by Lauren Wolfe at Foreign Policy, the Liberian government announced that 75% of those infected are female.

Why are women dying? Their vulnerability to the disease isn't rooted in biological dispositions; it's purely structural. They are caring for the sick, and it's literaly killing them.

As Jina Moore puts it on BuzzFeed, avoiding direct contact with bodily fluids will prevent Ebola infection, but that is easier said than done for women who are caretakers and first to respond when their loved ones are unwell.

"[T]o families losing their loved ones, Ebola is a heartless killer," Moore writes. "It demands what most people consider a ruthless response to suffering: distance. Its secret weapon is not the scientific mystery of its seven proteins. It's love. It's the human need to show compassion and care, and it's killing Liberia’s women."

As Wolfe points out, men in the countries affected by Ebola generally won't do any of the caretaking. She talked to Marpue Spear, the executive director of the Women's NGO Secretariat of Liberia, who confirmed that "if a man is sick, the woman can easily bathe him but the man cannot do so," because "traditionally, women will take care of the men, as compared to them taking care of the women."

As with other diseases, like HIV/AIDS, gendered structural factors play a huge part in determining who lives and who dies. There aren't only sex-specific barriers to getting the care that women need, there are also gender roles to consider. In the case of HIV/AIDS, women are more likely to be victims of coerced sexual encounters, and since men are more likely to have many sexual partners, the female partners are at higher risk for infection.

Gender, like ethnicity, race or socioeconomic class, defines one's position in society. It determines one's rights and access to resources, health and happiness. The expectation that women are responsible for other people's well-being over their own must be uprooted. We've allowed women to shoulder this (largely unpaid) burden, but it's time to address the blistering inequality that's sending women to their graves.