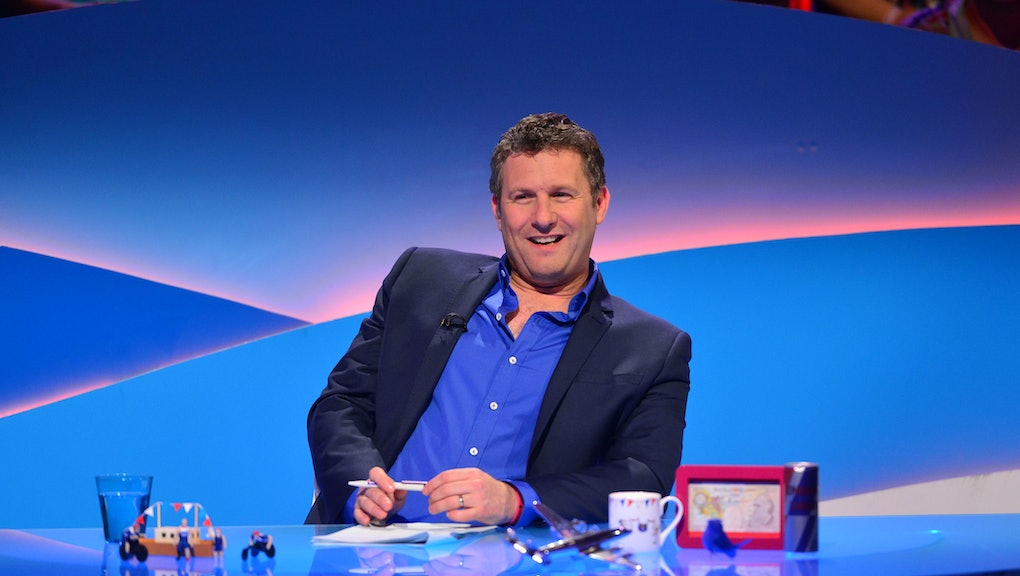 Westboro Baptist Church members announced threats to protest Robin Williams' funeral. Another comedian has some better plans for them.

Adam Hills, who hosts the U.K. television show The Last Leg, started his rant off with a statement that's pretty hard to argue with.

That's Westboro's modus operandi, though. After all, with their public threats and sign-waving, they do their best to make funerals and other public events all about them.

Exactly. Hills had an alternative for church members — at least, if they claim to be real Christians and want to do the most good they can.

He sweetened the deal with a generous offer:

You can see the whole put-down below.

Another response: A less hilarious but slightly more heartwarming reaction came from Planting Peace, the organization that bought the house right across the street from the famed Kansas hatemongers, painted it in rainbow colors and named it the Equality House.

Planting Peace is seeking donations for the St. Jude Children's Hospital (which Williams worked with) as an eff you to Westboro's message of intolerance. You can donate here.

"When the WBC announced they were protesting Robin's funeral, we felt like launching a fundraiser for a charity Robin loved would be the perfect way to honor him and counteract the message of hate and intolerance that the WBC continues to convey," Planting Peace co-founder Aaron Jackson told the Huffington Post. "This is a small gesture to honor his legacy and the difference he made to so many."

And remember: The Westboro Baptist Church doesn't show up everywhere they threaten to protest. Williams' family wants a small, private funeral, and there's still a chance it will stay that way.

Meanwhile, Westboro seemed to accept Hills' challenge on Twitter. Signs point to that being a pretty blatant bluff, too.