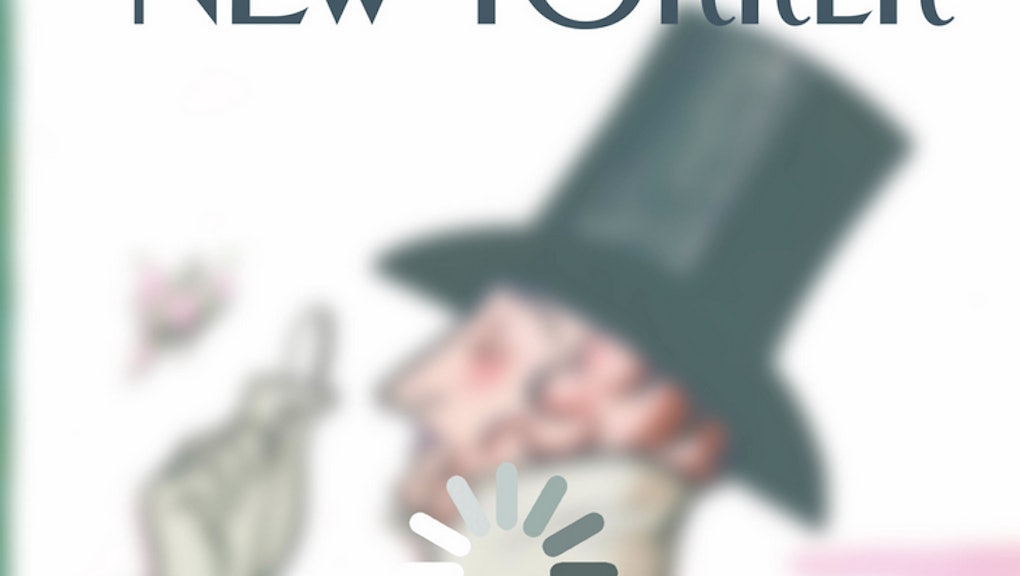 13 'New Yorker' Fiction Stories to Read While They're Still Free

The New Yorker has long been known for publishing fantastic fiction. Unfortunately, you had to pay to read most of it. Luckily, as a gift to us, the New Yorker has opened up their archives for free.

As part of a refocus on their website, the New Yorker announced at the end of July that readers had until the end of the summer to browse the site for free. Come fall, a new payment system will only grant free access to a limited number of pieces before needing to subscribe.

So what is the fiction that you need to prioritize reading in the time we have left? We've mapped it all out for you.

At first glance, it seems this is a simple love story. However, things get quickly complicated, as Grace finds herself falling more in love with Maury's family than Maury himself. Both comical and surprising, the story also boasts an ending that's impossible to foresee.

It can be difficult to tell whether this is a love story for another person or for one's possessions. The story focuses on Jon and Carol, teenagers who were raised in a building that assesses consumer products and they have never in their lives gone outside. When Carol gets pregnant, she wants to leave the building, but Jon isn't convinced. It's all slightly creepy, but it's very beautifully written.

An extract from her novel NW, this excerpt stands alone just as well as it does within the book. The story uses a series of numbered vignettes to track best friends Keisha and Leah from the ages of 4 to 21. As the girls progress through school and leave their neighborhood behind, the story is full of subtle, meaningful reflections on class and status.

In this 2010 story, Díaz returns to brothers Yunior and Rafa, characters from his first celebrated book Drown. A Díaz-ian story if there ever was one, "The Pura Principle" watches older brother Rafa face leukemia while his new girlfriend Pura successfully complicates life. A fully fascinating read.

This short story channels the inner thoughts of a couple sitting on a park bench. Both very religious, a pregnancy has forced them to re-evaluate their morals in considering an abortion. Wallace's simple writing style makes for a poignant reflection on love and faith.

This story tackles the typically trite theme of a student falling in love with her professor, yet manages to do so in a surprising and charming way. The narrator has a straightforward way of reflecting on her past that makes you want to start reading it again as soon as you finish.

This story is about a SEAL team in Afghanistan in the process of trying to recruit an artillery liaison. The surreal "Kattekoppen" was written by a veteran and finds a way to be humorous despite the scary reality it reflects.

Cheever wrote over 100 stories for the New Yorker over the course of his career, and this one dates back to 1949. Sometimes called "the Chekhov of the suburbs" because of his chronicles of tortured American suburbia, even just the title of this story perfectly reflects the theme of Cheever's life work.

The narrator, Hema, speaks directly in third person to Kaushik, but leaves the reader in mystery as to why she is telling memories about being with Kaushik to Kaushik himself. Lahiri's skillful storytelling creates a captivating personal story while reflecting on themes of immigrants in America more generally.

This story opens with a middle-aged man picking up his father, who was kicked out by his mother for being "insufficiently committed to his weight-loss journey." This dry yet humorous tone continues throughout the piece, despite reflections on serious and relatable issues: a parents' rocky marriage, and a son who is dragged in. The narrator denies the damage he has experienced while illustrating it to the reader, and there is comedy in this common tragedy.

Trevor wrote this story at the age of 84, and it reflects on the kind of quiet sadness that comes without a cause in age. The narrator, Mr. Normanton, is seemingly totally composed, but his daughter Celia can see his melancholy. In small subtle hints, two older women are woven into the story, united by a secret pain that Celia tries to uncover.

"In an ideal world, we would have been orphans." This surprising first line captures the atmosphere of the entire story, which is both relatable yet surprising. Creative language and metaphors — "we were kites flying in opposite directions attached to strings held by one hand" — make the seemingly simple story enchantingly beautiful.

Rhea is a high school senior riddled with freckles who embraces an alternative lifestyle. Egan manages to transport us all back to our youth, remembering the moments that seemed incredibly unique and important at the time but have since faded with experience. As Rhea moves through the story, she faces humiliation that rushes her into adulthood.