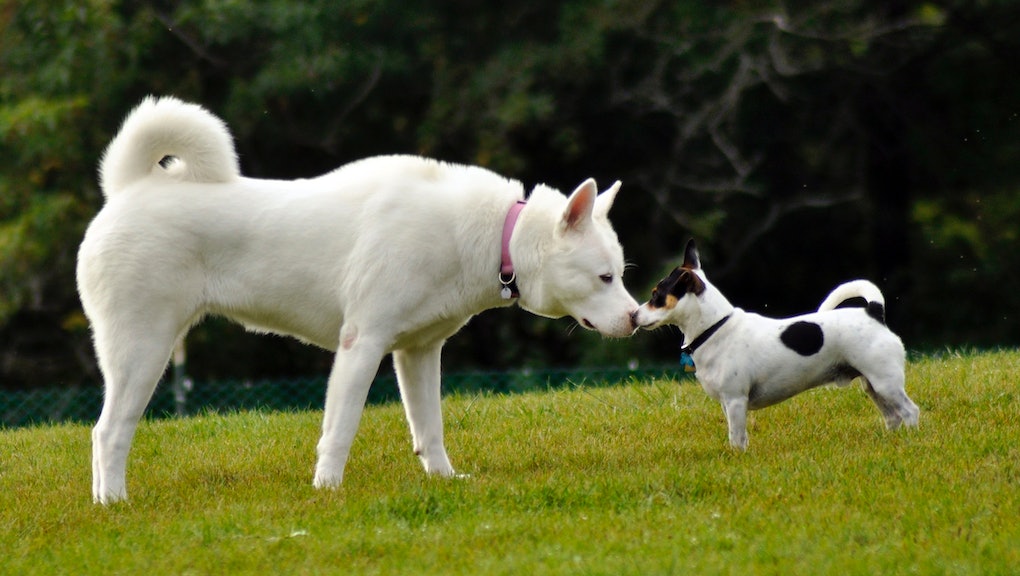 Is Your Neighborhood Full Of Poop? Let This Map Be Your Guide

The news: You can thank DNAInfo's Janet Upadhye and Eddie Small for the amazing and disgusting map above, which tracks the number of citations across New York City for uncollected dog poop. Certain neighborhoods in the city — particularly in the Bronx — are just covered in the rank stuff, which is both unpleasant and a minor threat to public health.

According to DNAInfo, the Bronx leads with 252 violations in the past two years, while Queens bagged 68, Brooklyn 63, Manhattan 27 and Staten Island just three. Three neighborhoods in the Bronx (West Farms, Soundview and Norwood) got 135 complaints or more.

Bronx Borough President Ruben Diaz Jr. told DNAInfo that the higher citations in his district were deliberately requested by his office as 1,321 complaints were filed over just the past four years. He had harsh words for those receiving the tickets: "We have urged the Department of Sanitation to increase enforcement in the Bronx, and it's clear that those efforts are making an impact. Dog waste is disgusting and the people who do not pick up after their dogs are just as disgusting."

Refusing to pick up a doggie doo-doo has come with a hefty fine in New York for almost four decades, with a current ticket of $250 awaiting anyone who gets caught.

The background: Dog poop is super disgusting and the citation numbers reported by the city probably lowball the problem since only a small number of people actually get ticketed. Curbed writes that Brooklyn gets a good deal of the attention — earlier this month, Fort Greene resident Abby Weissman started a Facebook campaign to shame offenders. But the kind of jerk who thinks he's too good to soil his hands with his pet's droppings is still all over the city and elsewhere. Across the river in northern New Jersey, the Grand at Riverdale apartment complex announced they'd use DNA tests to identify perpetrators.

The Ditmas Park Corner blog notes that approaches to reducing dog waste vary from presenting the perpetrator with a bag, to charging fines for carrying fewer than three bags while walking a dog in Belgium. Fort Greene has dispensers that provide free plastic bags in an attempt to prevent people from leaving dog crap undisposed in the first place, which seems less harsh than issuing $250 fines.

But really, no one's going to feel sorry for you if you get a fine for leaving poop in the street. And they shouldn't. Scientists have linked undisposed dog feces to higher concentrations of airborne bacteria in Cleveland and Detroit's winters, meaning it could even make someone sick. Talk about revolting.