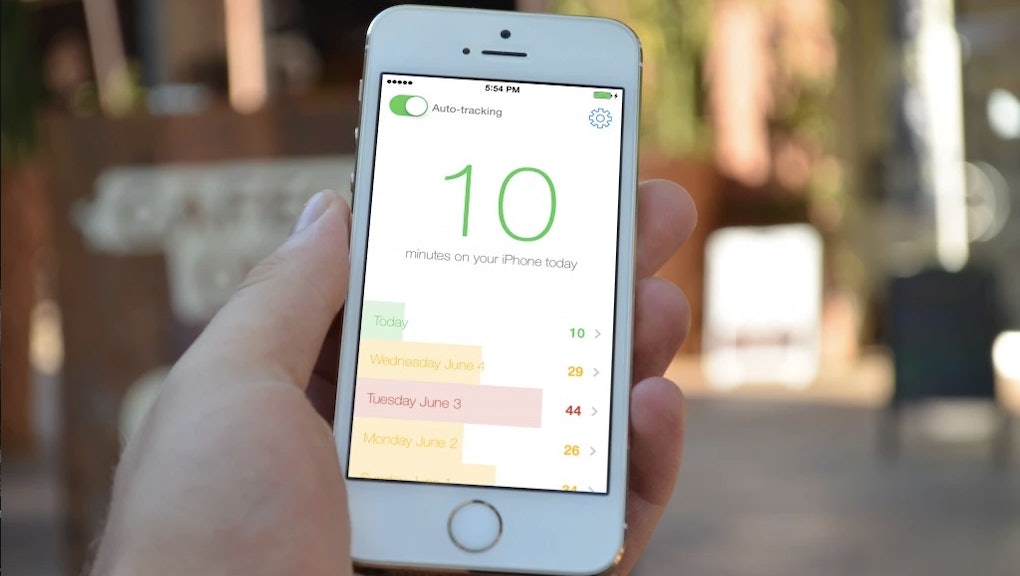 Are You Addicted to Your Smartphone? You Need to Download This App Right Now

The news: If you've been looking for a good intervention for your smartphone addiction, this may be the right tool for you.

Meet Moment, a new iOS app that automatically tracks how much you use your phone throughout the day. According to the official website, the app is "designed to be invisible," which means that it runs in the background without you actively turning it on.

"If you're using your phone too much, you can set daily limits on yourself and be notified when you go over. You can also set up occasional nudges as gentle taps on your shoulder saying 'Hey, you're halfway to your daily limit already and it's only 11 AM,'" the site reads.

For those of you whose fingers itch for your phone without even knowing it, Moment could be a helpful wake-up call to how dependent you really are on your phone.

Most of us don't even know how much we use our phones and it's a problem. As a society, we are more reliant on phones than ever. A recent Pew Research poll found that 67% of cellphone owners checked their devices "even when they don't notice their phone ringing or vibrating," and 29% described their phones as "something they can't imagine living without."

The problem is especially prevalent among younger people. According to a new report by the consumer management company SDL, millennials check their phone roughly 43 times a day; a similar study conducted by Kana last year put the number closer to once every 10 minutes, with one out of 20 respondents claiming that they checked their phone once a minute during every waking hour.

So try calculating just how often your fingers tap on that smartphone screen every day — and see if you can challenge yourself to resist that urge for just a little bit longer.