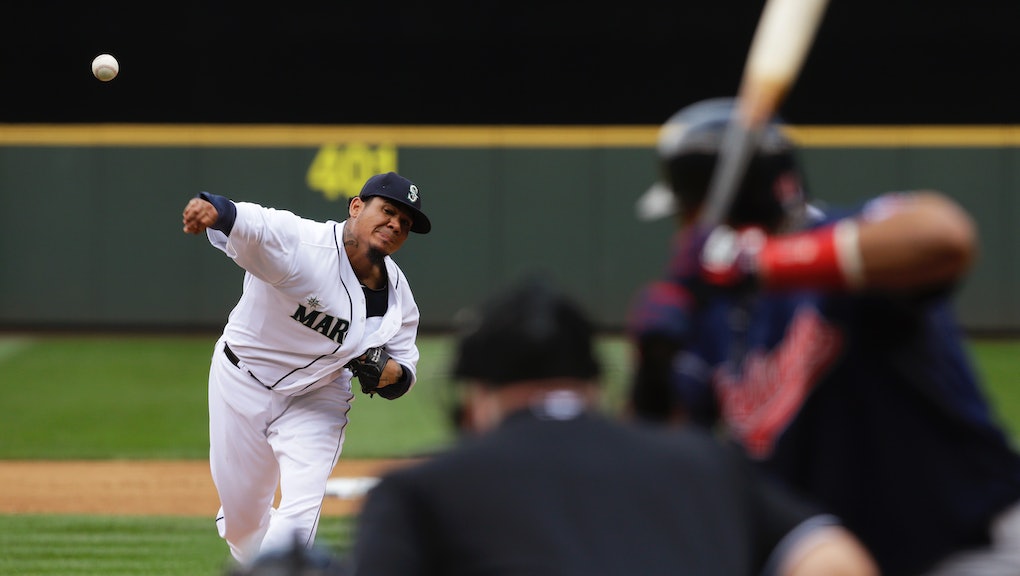 Conventional wisdom says that if you spend enough time around sports stars, you lose the feeling of being "starstruck." Case in point: MLB umpires, who supposedly make impartial calls, no matter the scenario and no matter the player. But new research by two Columbia University professors seems to dispel this notion. It turns out that umpires, like fans, often fall victim to their biases.

When it comes to calling the strike zone, the Columbia researchers found that in 2008 and '09, pitchers who had reached the All-Star Game at least five times were 16% more likely than others to get a ball mistakenly called a strike by an umpire. These All-Stars were also 9% less likely to have strikes erroneously deemed to be balls.

Forced to make a split-second decision after watching a 95-mph fastball fly towards them, umpires seem revert to their expectation bias. Pitchers who are flirting with the Cy Young Award are more likely to get the benefit of the doubt that they just threw a good pitch than hurlers who are toeing the line between AAA-ball and the majors.

Considering the fact that MLB umpires have dedicated their lives to reach this level of their job, it's not a stretch to assume that many of them are lifelong fans of the game who, like any good devotee would, know exactly who it is that's on the mound and how good he is. It's as if an umpire's love of the game is actually hurting his job performance.

The research was conducted by studying nearly 800,000 pitches in a two-season span, with the on-field calls being compared to what the "right" call should have been. According to the research, umpires made the wrong call about 14% of the time. That's more than 50,000 wrong calls every season, more than 20 each game.

With statistics like that, one can't help but wonder if automated strike zones are in the sport's future. Not that star pitchers like Clayton Kershaw and Felix Hernandez would be happy about it.