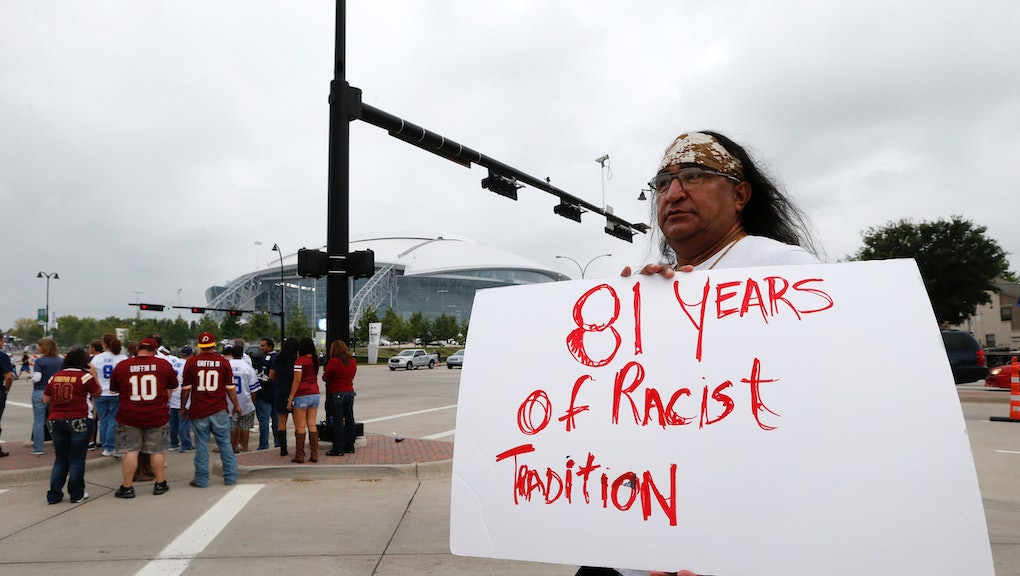 In 1992, the editorial board of the Washington Post said that the name of Washington D.C.'s local NFL team, the Redskins, was "really pretty offensive." Twenty-two years later, the Post has gone a step further, announcing on Friday that the newspaper will no longer use the "R-word" in its editorial pages.

It's the latest blow against Washington owner Daniel Snyder, who insists that the nickname "represents honor" and that he will not change the name of his NFL club. This, despite the public censure of prominent Native American groups as well as public figures such as Attorney General Eric Holder and former Secretary of State Hillary Clinton. NFL announcer Phil Simms, who will be calling Washington's Week 4 game in September, has already said he will not use the term during the broadcast.

As the National Congress of American Indians illustrated in this powerful ad earlier this year, "Native Americans call themselves many things. ['Redskin' is] the one thing they don't."

In explaining how the Post's editorial board came to its decision, the editors wrote that there should no longer be any excuse to use the name:

"We don't believe that fans who are attached to the name have racist feeling or intent, any more than does Mr. Snyder. But the fact remains: The word is insulting. You would not dream of calling anyone a 'redskin' to his or her face. You wouldn't let your son or daughter use it about a person, even within the privacy of your home."

The newspaper noted that the sports section will continue to use the term. Hopefully it will only be a matter of time before the sportswriters will be getting to use a new nickname entirely.