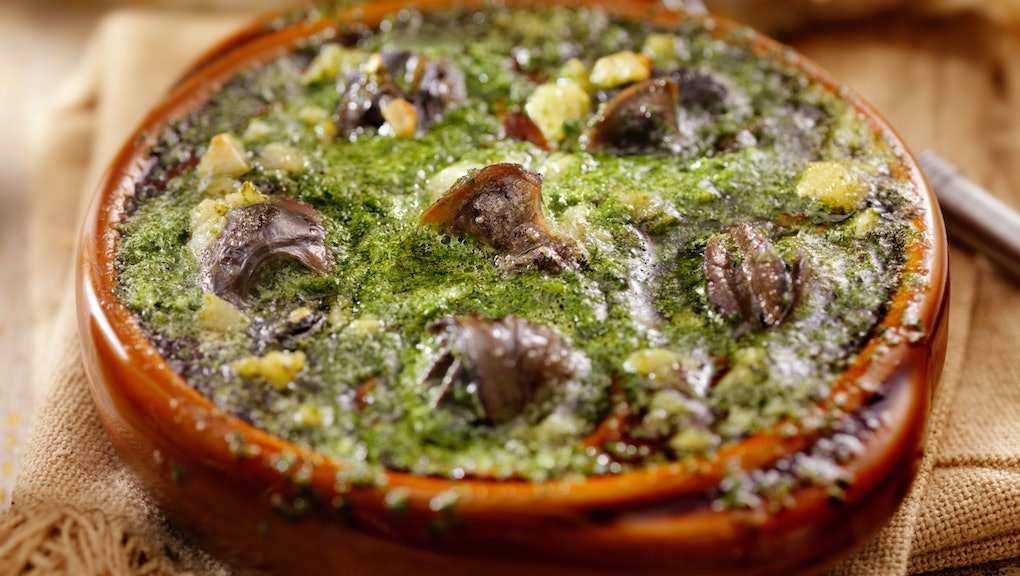 What True 'Paleo' Dieters Should Be Eating Is Actually Disgusting

If you're considering going paleo, you probably already know you have to sacrifice a lot — from the delicious processed carbs in pizza and bread to the sweet crunch of breakfast cereal. Here's one thing you probably didn't know you'd have to start crunching on instead: snails.

As it turns out, the real paleo dieters — our hunting and gathering ancestors — loved the gooey, slow-moving critters, and thanks to a recent study, we now know they started munching on them thousands of years before we initially thought. Ten-thousand years ago to be exact.

Paleolithic residents of modern-day Spain who inhabited caves in an eastern region called Cova de la Barriada some 30,000 years ago left a trail of snail shell pieces and the tools they may have used to roast them, according to new research published in the journal PLOS One last week.

Our ancestors in the neighboring Mediterranean basin didn't nosh on the slimy invertebrates until 20,000 years later, making these remains the oldest known evidence of human snail meals in Europe.

The real paleo diet has nothing to do with weight loss: Determining what our ancestors ate is key to discovering where and how they lived. One theory was that in Europe, the first humans to physically resemble us had far more diverse tastes than our Neanderthal cousins, which helped us beat them out. But recent evidence suggests Neanderthals were just as open to new foods — they may even have snacked on shellfish.