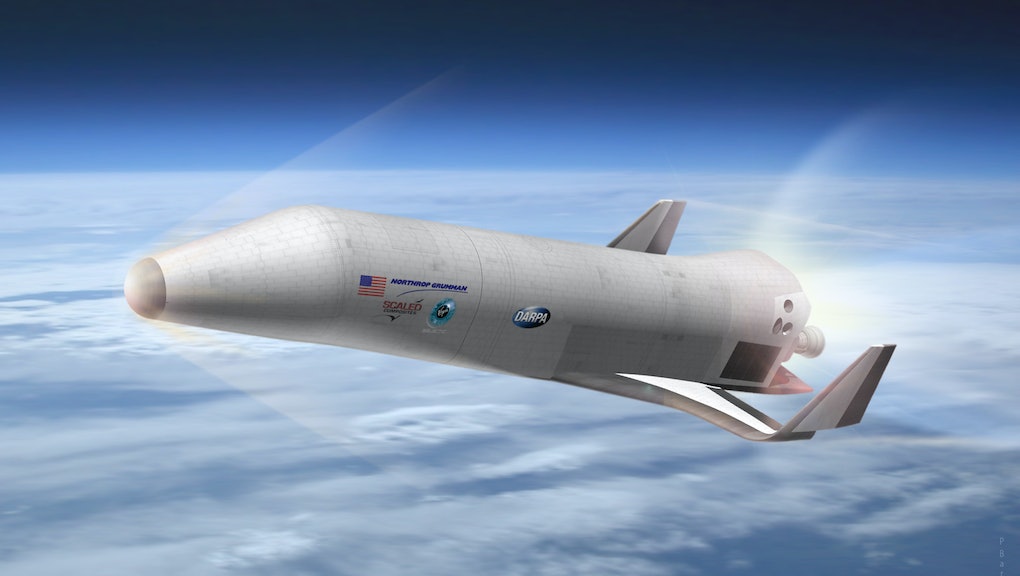 This past week, aerospace and defense technology company Northrop Grumman revealed their plans for the spaceplane XS-1. The unmanned aircraft's goal is to achieve Mach 10, which according to Business Insider, would be the mind-blowing speed of 7,612 miles per hour. According to USA Today, an average commercial airliner generally flies at speeds closer to Mach .7 or .8 which is closer to roughly 340 miles per hour.

Not only would the spaceplane be cheaper and more resilient but it would also be able to do multiple flights in a short amount of time at incredibly intense velocities.

The background: The high-concept artwork is one of three plans that came out of the Defense Advanced Research Products Agency's (DARPA) competition to build the hypersonic XS-1. Boeing and Masten Space Systems have also been awarded design contracts from DARPA for a reusable aircraft capable of flying 10 times in 10 days.

The three companies passed phase one of the competition and next year phase two will entail a flight-test for the XS-1. Northrop Grumman has enlisted the aid of Scaled Composites to manufacture and build the design, while Virgin Galactic will deal with overseeing the operation.

DARPA is interested in reusable spaceplane technologies because they will be much more cost-effective and will have a longevity. "XS-1 will probably feature a reusable first stage and one or more expendable upper stages. The first stage will fly to suborbital space at hypersonic speeds, then return to Earth to be used again; the upper stages will deploy payloads to orbit," reported Space.com.

The takeaway: Supersonic air travel is not just a sci-fi idea anymore, it's a reality. NASA is working on high-speed planes and now DARPA is looking to get high-speed spaceplanes into orbit as early as 2018.

The XS-1 will be a cheap and efficient way to send missions into space, meaning that substantial advances in space exploration and space technologies, like astronauts finding life in outer space, would be more frequent.