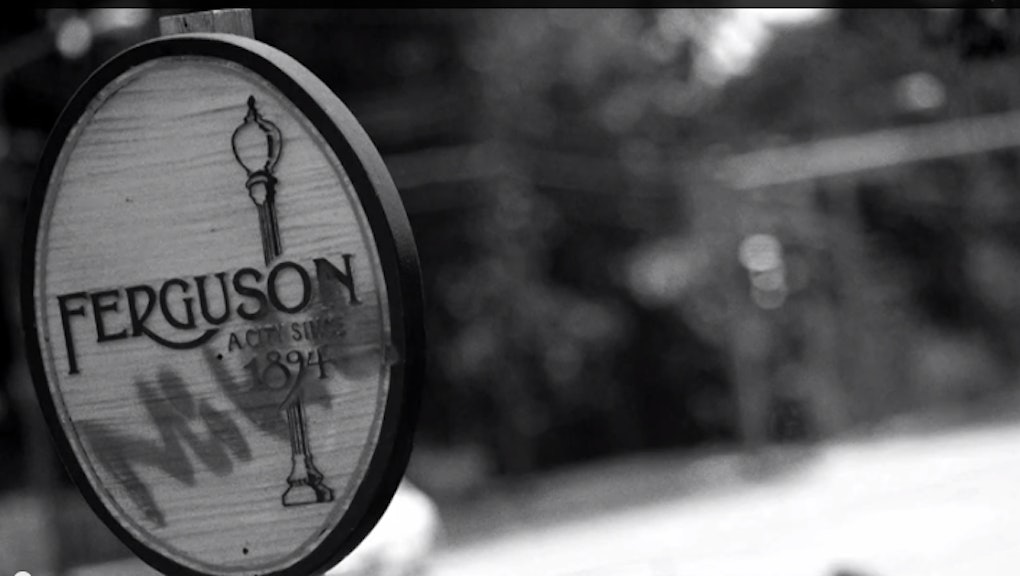 With all eyes (or at least 10.1 million sets of 'em, judging by last year's ratings) on the Video Music Awards, MTV has decided to use its platform to make a statement on Ferguson. As reported by the Washington Post before Sunday night's awards, MTV will be airing a 15-second video during the show entitled "Facing Change." The short clip is a soundtrack of Ferguson protesters chanting the protest's signature rallying call, "Hands up, don't shoot" with a quote by James Baldwin:

"Young people are using social media not just to spread news but to create powerful memes like 'Hands Up Don't Shoot,' which are becoming the activist rallying points that echo around the country," MTV President Stephen Friedman told the Washington Post. Addressing the social conversation around Ferguson and the sentiments of young people during Sunday night's show only makes sense -- and it allows MTV to remind the world that it's still the network of America's youth.

It also puts the Ferguson conversation right in front of the world's biggest celebrities. Up until this point, only a relatively small group of stars have sounded off on the events in Ferguson following Michael Brown's death, while seemingly all of Hollywood has embraced the decidedly more uplifting (and less controversial) Ice Bucket Challenge. As the Huffington Post pointed out, "If even half of those participating in the ice bucket challenge also weighed in on Ferguson, think of the way it would change their fans' interaction with the issue."

With MTV's bold PSA, there's no avoiding the issue -- even on a night of celebration like the VMAs.