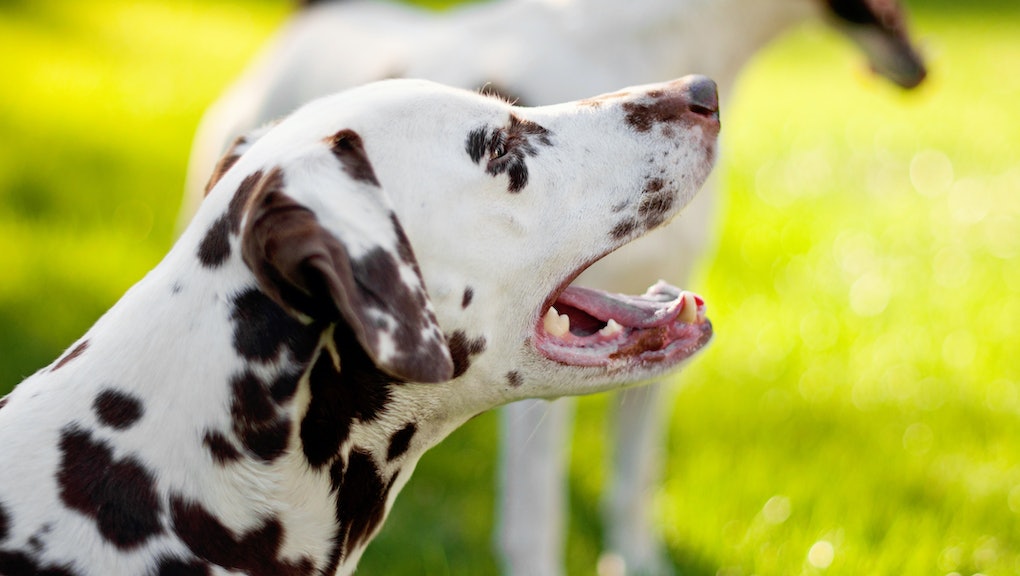 Got a pooch that can't behave itself in front of other dogs or houseguests? Or a new pup that is particularly hard to train?

Then there is some good news for you: Texas Tech scientist John McGlone has found a surefire method to prevent dogs from behaving badly — and all it takes is a spritz of "pig perfume."

The science: McGlone has found that androstenone — a steroid and pheromone found in male pigs' saliva and fat — is particularly effective in stopping dogs from barking and jumping.

"It was completely serendipitous," McGlone said in a press release. "One of the most difficult problems is that dogs bark a lot, and it's one of the top reasons they are given back to shelters or pounds."

According to Discovery, there were four experimental groups of dogs with increasing levels of androstenone. The first merely had a person with a dog stand in front of the other dogs, acting as a control group, while the second group "was sprayed with a placebo that made a startling spritz noise." The next two groups were sprayed with concentrations of androstenone that came with a "spritz sound." The third group received a lose dose spray and the fourth a higher dose spray.

McGlone added, "We sprayed it in their nose or toward their head while they were barking ... barking and jumping, running back and forth. This whole behavior stopped. You could almost see them thinking, 'What was that?'"

The best part is that while androstenone smells pretty foul, it doesn't really have adverse side effects for dogs. Still, McGlone — who is now attempting to find out if other animal pheromones have similar results on dogs — suggests that the "perfume" should be used as a training tool and not as "a circus act." Nevertheless, this simple but powerful discovery could help dog owners calm down their rowdy pets or new dogs as they grown and train.