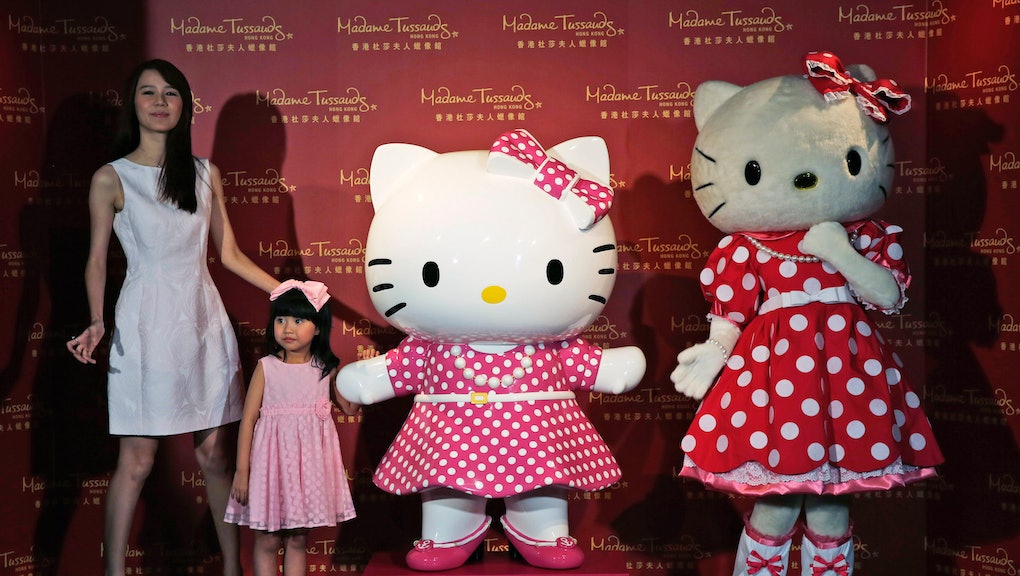 The news: Japanese cultural phenomenon Hello Kitty is turning 40 this week, and though the billion-dollar sensation hasn't aged one bit, her creators have revealed something kind of startling: Hello Kitty, apparently, is not a kitty at all.

"I was corrected — very firmly. That's one correction Sanrio made for my script for the show. Hello Kitty is not a cat. She's a cartoon character. She is a little girl. She is a friend. But she is not a cat. She's never depicted on all fours. She walks and sits like a two-legged creature. She does have a pet cat of her own, however, and it's called Charmmy Kitty."

Wait, what? Yano also explained Hello Kitty's backstory: She's British, has a twin sister and is a "perpetual third-grader." In the '70s, when Hello Kitty was created, Japanese women "loved the idea of Britain. It represented the quintessential idealized childhood, almost like a white-picket fence. So the biography was created exactly for the tastes of that time."

Lo and behold, a Google search does, in fact, reveal that Charmmy Kitty does look much more like a real-life cat than Hello Kitty. Sanrio's site has a little more mention of said twin sister Mimmy, who apparently is not at all resentful of her sister's massive success. Her family also seems properly British, with bonnets and embroidering and mentions of pudding.

Still confused? That's not surprising — there's no explanation what Hello Kitty actually is. Some strange English genetic hybrid? An alien life form sent to scout the planet before its furry masters arrive to usher in a new dark age? Some kind of albino demon?

Hello Kitty may be a little girl, she clearly isn't a human one. She never ages, and I'm pretty sure she doesn't even have a mouth. Whatever Hello Kitty happens to be, I really hope it's satisfied with an annual blood sacrifice of billions in sales.