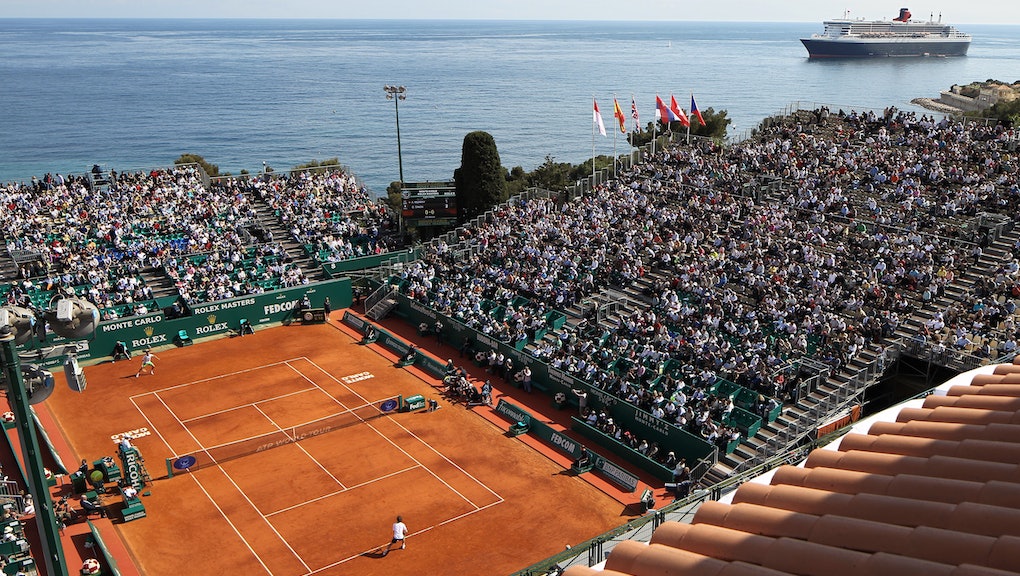 The 10 Best Venues in the World to Watch Tennis

With the U.S. Open in full swing in Flushing Meadows, N.Y., here's a look at the our favorite courts in the world to watch tennis. The atmospheres range from intimate to enormous, the backdrops from familiar to exotic, the styles from classical to futuristic. What they have in common is they're all iconic.

The cozy, 6,106-seat venue tucked away behind Louis Armstrong Stadium offers the best sightlines — and most intimate atmosphere — of any stadium court at the Billie Jean King National Tennis Center. Enjoy it while you can: It's due to be torn down after 2015.

Sunk into the grounds of the Foro Italico and surrounded by statues of Roman gods, the amphitheater-esque Nicola Pietrangeli is the Rome tournament's third-largest court, but arguably the one with the most charm.

The cathedral of tennis. The All England Club's flagship court opened at Worple Road in 1877, before moving to its current site at Church Road in 1922. Centre Court seats 15,000 people, and when the umpire says "Quiet, please," you can hear a pin drop.

Built in 1927, Hamburg's center court has the distinction of being the first to build a retractable roof. Seating 13,500 people, it is also the court where Roger Federer first beat Rafael Nadal on clay in 2007.

Nestled just inside the French border, the Monte Carlo Country Club's center court, which seats 9,000, has one of the most picturesque backdrops in tennis, the light from the glittering Mediterranean bouncing off the court's red clay.

Built in 1988 and seating 15,000, "Rod's house," as it is known, can be as intimate as Centre Court or as boisterous as Arthur Ashe. Situated on the banks of the Yarra River next the Melbourne Cricket Ground, the sunsets through the gap in the roof at the start of a night match are particularly stunning.

Not one you might expect, but with its green clay and flowering stands, avid spectators and Southern setting, Charleston's center court is a great place to watch tennis. Built in 2001, it seats 10,000 people, and the food is among the best on the circuit.

Technically the second-largest court in the sport, London's O2 Arena, the current home for ATP's season-ending finale, makes this list for being the grandest indoor tennis event in the world. With dry ice, spotlights and hawk-eye heartbeats, it is.

Beware the player who turns the Court Philippe Chatrier crowd against them. The heart of the Stade Roland Garros, built in 1928, can be a fiery cauldron when the 15,000 fans are at their most vocal. With its steep sides and close quarters, it has one of the best atmospheres in tennis.

A controversial choice, perhaps, given the statuesque Stadium 1 at Indian Wells, which seats 16,000 people and is the third-largest permanent court in the world. But the new Stadium 2, built in just a year, is a delightful setting, allowing the 8,000 fans to get up close and personal with the game's best.